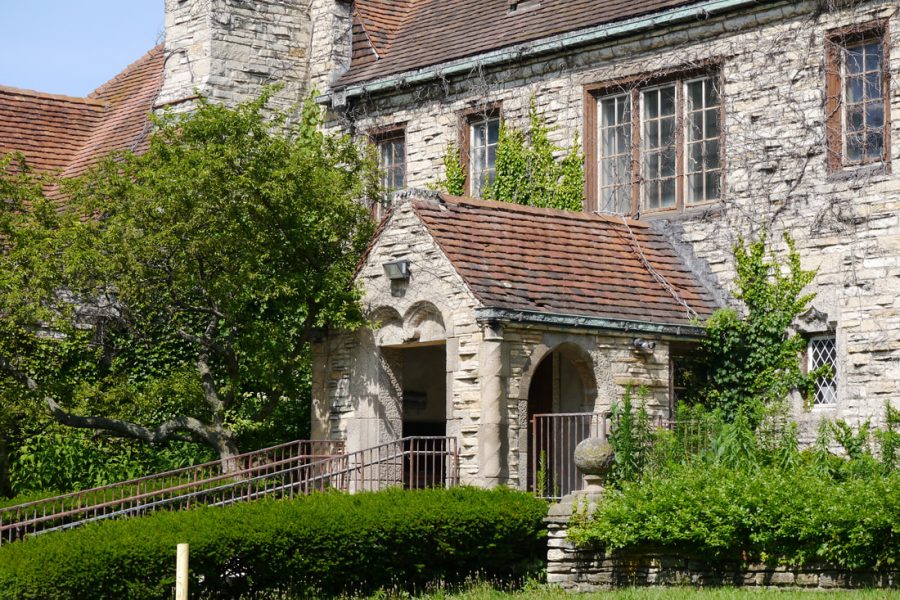 In order to facilitate and organize meetings about the next steps for the lakeside Harley Clarke mansion, Evanston resident Ben Gasbarra announced the creation of a Harley Clarke student committee made up of ETHS and Northwestern students at the first Harley Clarke Community Conversations meeting on Jan. 24.

“They will synthesize and summarize the most popular and their top interests for the Harley Clarke mansion,” Spanish teacher Clare Delgado said. “They will work together and discuss the best ways to research those concepts, what’s going to be needed.”

Delgado and civil rights activist Bennett Johnson founded the committee this past January because they believed that the voices of students are important in community affairs.  The committee teamed up with the community service department at ETHS, which incentivized students to be involved in the committee by earning service hours. In addition, Delgado recruited students from her Spanish class.

“The students are citizens of the city,” Johnson said. “This [Harley Clarke] is a city building, therefore they [students] have a right and best interest if the building has any kind of future here.”

Both Johnson and Delgado expressed that they feel students make up an important demographic in Evanston and aren’t always included in the decision-making process. They had heard that NU students wanted to be involved in Harley Clarke.

“This [Harley Clarke] is our only public lakefront structure that people can enjoy year-round. We want to make sure that youth feel that there is a space there for them,” Delgado said.

Student committee members also believe that involving youth in the decisions of Harley Clarke is important.

“I hope to have a diverse group of students involved in order for the Harley Clarke building to best serve Evanston,” senior committee member Ella McGinley said. “Because the building is located in North Evanston, I would hope that students from other areas of Evanston get involved as well, in order to make it a diverse space that caters to everyone’s needs.”

Both Delgado and longtime Evanston resident Darlene Cannon are interested in making Harley Clarke an equitable space for all residents of Evanston. They expressed that they believe Evanston is very segregated, and wanted to use the new Harley Clarke to bridge the gap between the diverse demographics of Evanston.

“I’d like to have it serve the whole community, especially areas that don’t have access to the lake,” Cannon said.

There is a general consensus among the students on the committee, and the adults about what should be done with Harley Clarke.

The first meeting of the student committee will be Feb. 28 at the Evanston Civic Center from 6:30-8:30 p.m.