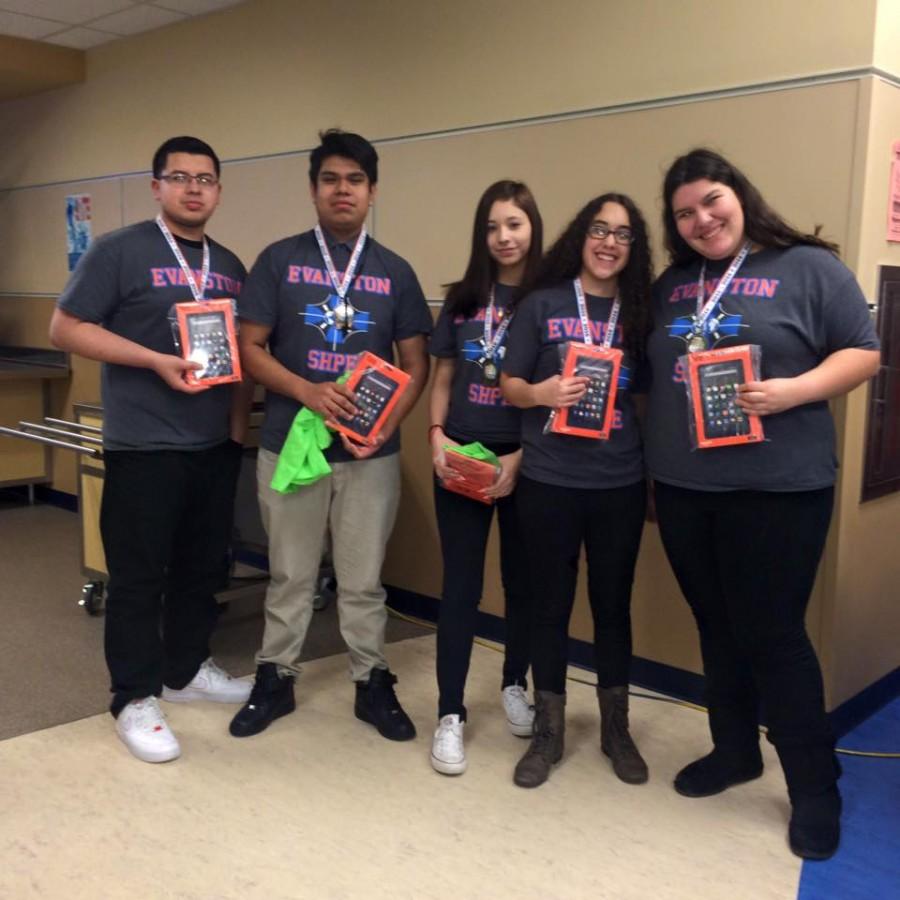 “We only do one competition a year and it was a great accomplishment to place third,” said captain, Jennifer Lane-Murcia.

SHPEjr. is a national program designed to enhance the benefits of STEM to hispanic high school students.

“It’s where minorities can compete in science bowls and encourage them to go into STEM fields,” said Lane-Murcia.

The competition is designed through a bracket where schools compete against each other one at a time.

“You are competing in a group of four. In a round there are 24 questions and you are given one question at a time,” said Lane-Murcia.

Every Saturday the ETHS SHPEjr team goes to Northwestern to practice with old competition questions with Northwestern coaches.

The NU students also organize social events for for the SHPEjr students and NU students to get together at places such as Flat Top Grill and Laser Tag.

“Being the SHPEjr sponsor has been one of the favorites parts of my job. I have met amazing students with incredible talents in STEM,” said Vazquez.