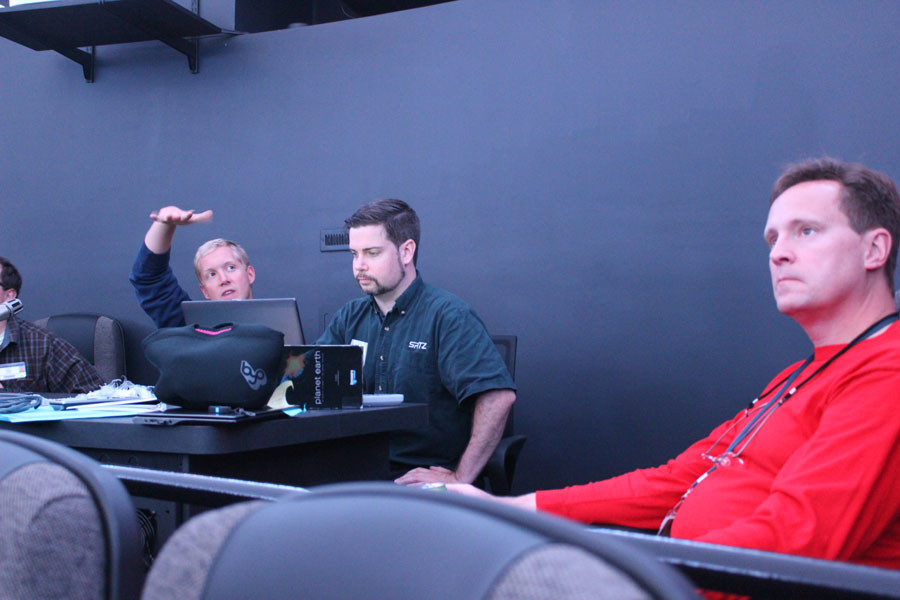 Students may have noticed that the planetarium in the courtyard has changed colors since last year, but that’s not the only change made to it. The planetarium was renovated over the summer inside and out, and stocked full of new state-of-the-art technology that will benefit Astronomy and many other science and computer classes.

“The cool thing about the planetarium is that it came 100% from private donations,” said Astronomy and Geoscience teacher Andy Miner.

Approximately $737,000 was raised to renovate this space, including $500,000 from Leonard Schaeffer, ETHS alum and founder and former CEO of WellPoint Health Network, who also donated towards the STEM classrooms a few years back.

During the school day, the new planetarium will be brimming with students from classes ranging from more typical subjects, such as Astronomy, Astrophysics and Geoscience, to other classes such as Computer Programming, Gaming and Biology. Because of the multitude of classes that will benefit from the planetarium, portable technology was also created so some of the technology can be used in the classrooms.

“I’m especially excited for when class is held in the planetarium,” said junior Peter Osterlund, who is currently enrolled in Astronomy. “Being able to visualize everything we are learning about will definitely be interesting.”

“We don’t want to just keep the planetarium in house. This is not just for ETHS; our school is part of the community,” said Astronomy teacher GionMatthias Schelbert. “We want to see everyone experience this unique asset, since the donations came from the community.”

According to the ETHS Final Annual Budget 2014-2015 where renovation plans were first laid out, the planetarium was built at ETHS in 1967 and was the first permanent planetarium to be built at a public school in the country.
Miner and Schelbert are already planning events for the people of Evanston to watch a show in the planetarium, as well as communicating with District 65 schools for possible field trips. In addition, they’re planning on collaborating with Northwestern University, specifically with two science programs called CIERA and OSEP.

“I think there are three other high schools in the state that have a planetarium, but in this area we’re the only ones, especially with this new technology,” said Schelbert. Many other schools offer Astronomy classes, but not at the same difficulty level, and not with anything close to the technology just installed in the planetarium.