ETHS alum remembered as the face of 7up 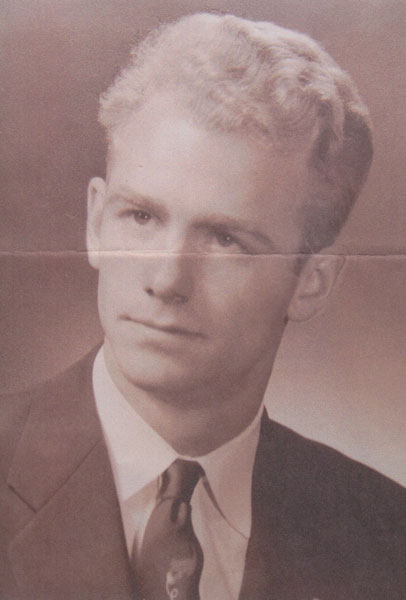 “Fresh up with Seven-Up.”

This was part of a national ad that also featured the picture of Michael C. McCaleb, who was chosen out of thousands. The ’52 ETHS grad recently passed away and is now being remembered as one of many, outstanding alums.

“The ad was a big deal and quite an honor,” said brother Eric McCaleb, who graduated in 1955. “Since my brother was a life scout with many merit badges, which is next to the highest scouting level, he was recommended to the 7up Company by the director of scouting Don Bolton.” Eric added that the ad ran for six months in Boys Life, a national magazine for Boys Scouts. His dad impressed Bolton because his dad was very active in Evanston’s scouting program.

“In the late 1940’s, before Little League came to Evanston, Dad got together with Don Bolton and started the first softball league for the city. This is why Mike was recommended because of his and Dad’s scouting activities,” he explained.

As a senior at ETHS,  Mike was on the swim team. “That was the first year that we ever beat New Trier in regular season play. And we won the Suburban League title,” said Eric who was also on the team.

After graduating from ETHS, Mike also served two years in the Army Artillery in 1957-58. He went on to Purdue University where he earned a mechanical engineering degree in 1959. He worked for Chicago’s Wisconsin Steel Company and several other steel fabricating firms before retiring to Phoenix.