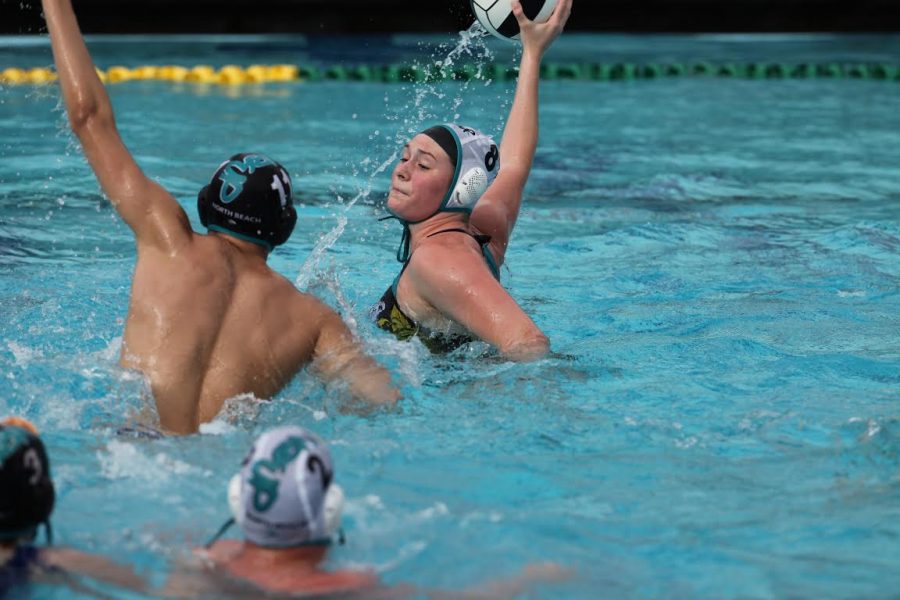 Girls spring sports captains are a perfect example of how strong character, positive leadership and athletic skill units teams and prepares them for success.

Based on a participation survey conducted in 2015 by the National Federation of State High School Associations 375,681 girls in the U.S. play high school soccer, of this group only two can call themselves ETHS varsity captains: Maia Cella and Ruby Siegel.

Cella and Siegel both take their position as captain very seriously and make an effort to ensure that the team stays focused, on task and prepared to put in the work to succeed while at the same time appealing to the group as an equal and not as a superior.

“I always try and go about this in a way where I communicate with the players directly,” Cella says. “In a way where they feel comfortable with me, not like I’m their boss.”

For Cella, last year, as a junior captain on a prominently senior team, this tactic worked strongly, as Cella her fellow captains led the team to sectional final where they took a tough loss against the Trevians.

Siegel, seen as a strong sophomore contributor at the time, was noticed for her hard work and defensive skill and named co-captain for the upcoming season.

With showtime just around the corner, the captains are eager to perform strongly, gain fans and excel in their conference.

“We’re hoping to be an exciting team to come and watch,” says Siegel.

Chosen because of their passion and dedication to the sport, seniors Riley Hughes and Emma Stein will head a strong and spirited varsity water polo team this season.

“I am absolutely in love with water polo,” Hughes says. “Even as a swim captain, I was trying to get as many people as I could to play this season.”

Hughes and Stein’s energy will be crucial this year as water polo hopes to capitalize on the momentum they had coming off of last season.

Last year, Evanston made it to the sectional final where they were inched out a spot at playoffs by a more aggressive New Trier squad.

“I think my captain style is pretty relaxed compared to when I’m in the water,” says Hughes. “I get serious during practices. I want to make every minute count.”

But getting back to where they were last year isn’t the captains only goals for the team this season. The girls also hope to bring attendance up at their games and tournaments.

“It is definitely an issue I see in high school. Women in sports are often ignored.” Hughes says. “It is hard for me to see, because, for the water polo team at Evanston, we are actually one of the best teams in the state. No offense to the boys, but they’re usually ranked top 30 in the state; the girls are top 10. Yet, I still see way more fans at boys games.

One way the captains have chosen to address this discrepancy is to pair up with the boys volleyball team in an attempt to strengthen attendance. The boys will come to polo games and the girls will attend volleyball.

With two games already under their belt, the girls are excited for a great season ahead.

After a record-breaking previous season, the women’s softball coaches knew unanimously whom they wanted their upcoming captains to be.

“All three young women are leaders and not followers. They are hard workers, trustworthy and honest,” says coach Katherine Perkins about the three 2017 varsity captains, junior Meg Eisfelder and seniors Megan Chamber and Jaden Janzen.

Having a junior captain can sometimes pose a challenge for an older team but the mesh of ages works well for the Evanston squad.

“Personally I think it is an advantage,” Eisfelder says. “Especially since my team has so many juniors on it, I can have more of an influence them more than maybe seniors can because we are closer.

“The seniors run a lot of the drills and are pretty vocal and will instruct players on ways they can improve,” Eisfelder says. “Whereas I am a little bit younger, so my main goal is to motivate the team and keep everyone focused and positive. I think those different roles mix well with each other and better the team because it’s not all just one type of leadership”

Last year the Kits fell 7-6 to Taft in the regional game after completing a record-breaking season, winning their first Central Suburban League South division championship in program history and setting a single-season school record for victories with 18. The captains this year hope to capitalize on this success, create a community around the team and each have goals for their squad on and off the field.

“Last year was just a starting point, collectively we have all been putting in a lot of work in the offseason and really plan to come out strong at each game,” says Janzen. “If everyone does their job and puts in maximum  effort, there’s no telling what we’re going to achieve this season.”

The softball program at the high school is on the rise and these girls passion and dedication leave them equipped to bring success to the program.

“I’ve never been the biggest kid on the team, or the quickest, or the most athletic. I am where I am because of my work ethic.” Chambers says. “It empowers me to know that my hard work yields success on and off of the field.”