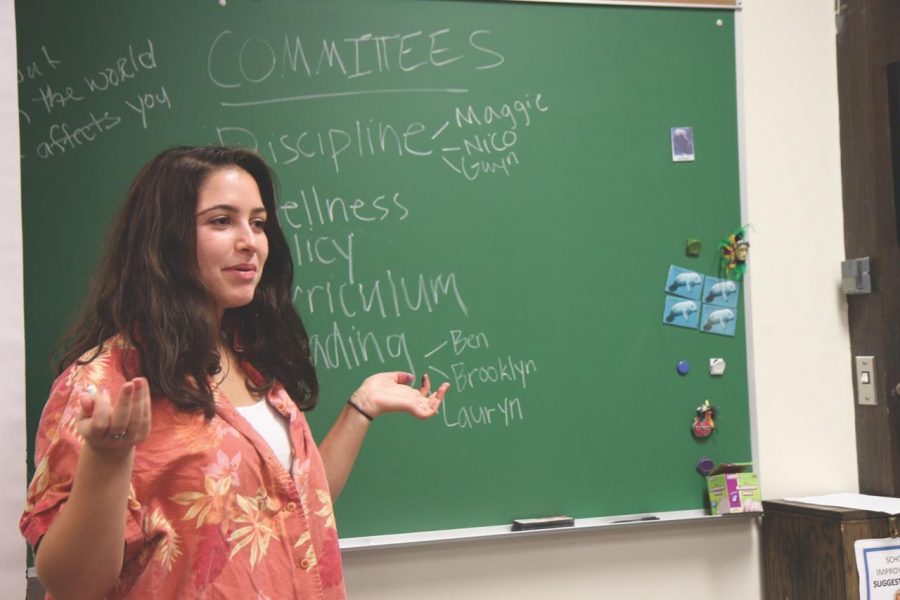 As Women’s History Month is celebrated, women in the student council and senate are reflecting on what it means to be a female leader in our society.

“Our student council is mostly females, which has been common throughout the past few years”, head of student activities Nicole Boyd says.

ETHS has been promoting women in leadership positions in the school for a long time. Female students make up well over half of student council, and around half of the student senate. The student reps of the past two years are women, and there are two female class presidents.

Many of them feel that these roles have helped cultivate strong leadership skills, while also becoming involved in the school.

“Student council encourages me to share my opinions and has taught me how to work with other people to accomplish different tasks,” junior Vice President Caroline Christensen states.

Yet many of these students are also well aware of the importance that comes with women being involved in leadership positions. They know how underrepresented women are in American government and other leadership roles. Many are optimistic about the future.

“I do believe that women are starting to make lasting change in the representation in leadership roles, especially with the election that just took place,” sophomore President Grace Tabet says.

These women also have ideas of how to change these stereotypes, and it all seems to lead back to representation.

“From a young age, girls grow up seeing men in leadership roles on TV, at school, and even at home. If there were more women in these roles, I think it would encourage more girls to strive for leadership roles,” Christensen explains.

“Women don’t fit into society’s current understanding of leadership. I think our society needs to redefine what it means to be a leader so we fit into that narrative,” senior Student Representative Honor Allen says.

The Pew Research Center reports that only 20% of congress is female. That is the highest it has ever been. Only 5% of the CEO’s in Fortune 500 companies are women. That makes it so much more important and incredible that ETHS has a large amount of female students in leadership positions.

When students leave ETHS, they bring their experiences with them. This generation can bring the idea of gender equality in government and make it the norm.