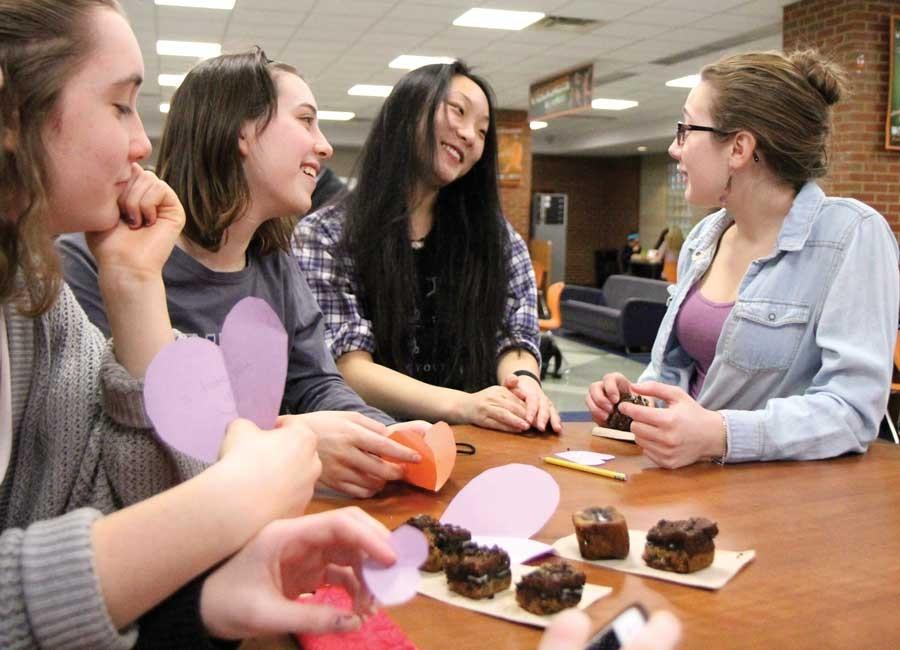 While Valentine’s Day is exclusively for romantic relationships, Galentine’s Day, celebrated on Feb.13, gives everyone the chance to celebrate their friendships.

First coined by actress Amy Poehler in a 2010 episode of her NBC comedy Parks and Recreation, Galentine’s Day has become an Internet phenomenon.

In the episode, Poehler’s character, Leslie Knope, just has brunch with six of her best girl friends, but this holiday can go way beyond that.

Many students at ETHS think honoring their platonic relationships is just as important as celebrating romantic ones.

“Friendships are so much more stable than romantic relationships, and in my opinion, they are much more essential,” says Libby Apley, junior.

Contrary to what a host of rom-coms would have them believe, students at ETHS know that friendship isn’t confined to one gender; guys and girls can be just friends.

“When guys and girls are friends, they interact in the same ways that same-sex friendships do. There is really no reason that there should always be romantic feelings involved,” says Kate Green, freshman.