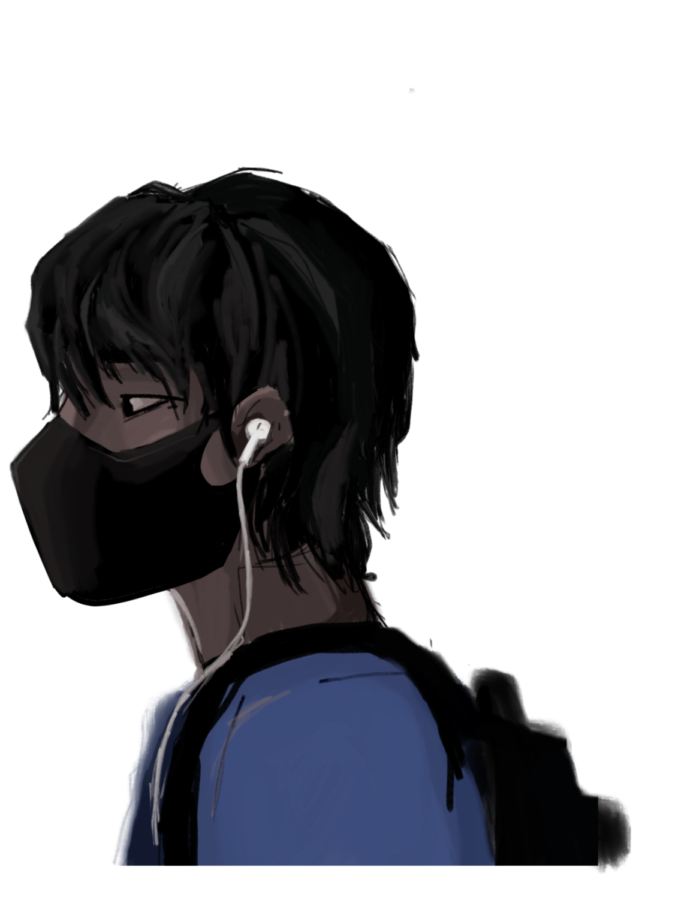 Throughout these past few years, the reliance on music has become more and more noticeable. Especially here at ETHS. Walking through the halls you’ll find most students with headphones in their ears, tuning out everything else. Music itself can generate many emotions, whether you listen to jazz, rock, hiphop, today’s variety of music, each different genre has allowed kids to exhibit their feelings through rhythm, lyrics, and melody. This ability to seemingly escape reality, paired with our generation’s access to huge libraries of music through streaming services, has caused this attachment, prompting students to spend a considerable amount of their day multitasking with headphones in.

Knowing the impact that music can have on many teens’ emotions, it’s common to hear how students choose the type of songs they feel like listening to. A lot of students select their music based on the mood or emotional state they are in.

“I kinda just section my music into different groups. So, if I’m feeling sad, and I want to feel worse, I listen to really sad music, or like the other way around. If I want to feel hyped up, I listen to super hype music,” sophomore Kathleen Carrasco shares.

Not only can music influence the emotions a person feels, but it can also determine people’s physical states . Many students rely on music to relieve stress and anxiety and get them through the school day.

“Sometimes, I’ll be relaxing, and I’ll listen to sad music just to kind of calm me,” sophomore Bella Marinaro shares.

Considering the way the songs students listen to have come to shape their day-to-day lives, the sudden Spotify shutdown that happened during school hours on March 8 left many students upset. Before they fully realized what was going on, kids were on high alert when they saw that they couldn’t log into their accounts.

“I think people were like, ‘Oh, yeah, that was a near death experience’ when they saw the Spotify login page. And I’m [over here thinking], that’s really funny. I think people were just freaking out,” senior Oliver Pratt expresses.

There were many different reactions when Spotify went down. Some were amused, especially if they use Apple Music. Others were saddened by the fact because they use music to tune everything out and focus on themselves.

“I was kind of upset, because I had study hall next period, and I needed my music. So when I didn’t have [the music], I was struggling,“ Marinaro expresses.

The shutdown lasted an hour and a half, yet the word spread around in an instant. This experience only further proves the reliance many have on music.

Had the same situation happened with Apple Music, Pratt’s reaction would have been similar.

“I’d be very upset,” Pratt says. “Because I have a lot of music on my phone. And that’s why I care more about it than anything else on my phone.”

Music has such a large impact on people, especially those who tend to rely on it to get through the day. Students are sad when they don’t have their music to listen to throughout the day. They feel glum because they don’t have their music that usually cheers them up. Listening to music, the different lyrics, sounds, they can help that person tune out the rest of the world; the part they want to get away from.