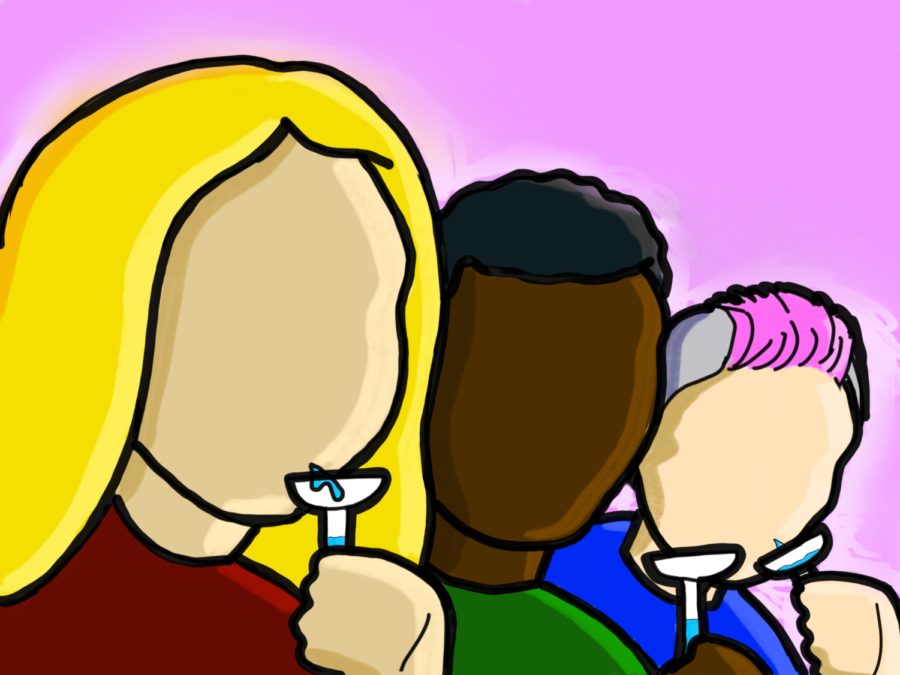 Following the surge of COVID-19 cases at ETHS in the weeks leading up to winter break, ETHS implemented an adaptive pause and went remote for the last week of the first semester. Upon returning to school on Jan. 10, ETHS offered the option to take weekly COVID-19 spit tests during students’ wellness and P.E. classes to the entire student population, after spending the first semester only testing unvaccinated students..

To test as many students as possible, ETHS employed SHIELD testing from the University of Illinois Health System, utilizing federal funds. The school announced the move to expand on Dec. 21. Although parents and guardians were given the ability to opt their child out of testing, the deadline for doing so was Dec. 23, 2021—just two days after the initial announcement—and required guardians to fill out a form and email it to the ETHS opt-out email. Students who opted in, are required to take spit tests in which a small tube is filled with saliva. To ensure that the results are as accurate as possible, students are asked to not eat or drink for an hour before testing.

Although students could opt-out without question, or not test because they recently had COVID-19, all students still have to go to the testing room with their class. Despite being appreciative of the administration’s effort to minimize the spread of the virus, many students have expressed that the testing process can be unpleasant.

“I understand why they want to do COVID testing since there have been many outbreaks here, but I don’t necessarily enjoy having to spit in the test tube. I think there are many easier ways to test, like a nose swab or something else. But in my experience, it has been really hard to fill up the tube. It’s also just kind of gross having to see everyone else spitting into the tubes too,” sophomore Sydney Johnson states.

This seems like a common sentiment. Sophomore Emmett Robinson agrees that spit testing can be an uncomfortable experience and thinks that other forms of testing could be easier and take less time out of students’ classes.

“The nose swab tests are probably the quickest and easiest ones, and that’s why I prefer them—they take less time. And the spit tests take a lot of time, and not being able to eat or drink before you test is really time-consuming,” Robinson states. “I think that the spit tests are also the nastiest ones, and it’s kind of weird because sometimes you look at somebody while you’re doing it. And it’s just awkward and uncomfortable.”

Something that a lot of students have found difficult for the process is the restrictions on eating and drinking beforehand. Students who have wellness or P.E. first period or right after lunch have to schedule their meals around designated testing times. If students drink or eat an hour before the test, they are unable to test because the result would be invalid.

“I mean, we can complain about it, but it’s necessary [and] we all have to do it. but I guess the annoying part is [not] eating if you have lunch right before, or if you have breakfast right before,” junior Katy Scott says.

Some students have also noticed that their classmates get competitive with these spit tests.

“My class at least is trying to see who could fill up their test tube faster,” Robinson shares, “which is pretty weird”

Along with this, students have had some displeasing experiences with these tests. Even though Johnson understands why ETHS is testing students and is glad that the tests are provided for everyone at school, some of the things that she has witnessed have been far from pleasant.

“In my P.E. class, someone was doing the spit test and they fully missed the tube and spit spilled all down their shirt and onto the ground.” Johnson continues, “I’ve also noticed that when my classmates go up to get the cap for their tube, the bubbles are literally overflowing and are definitely getting all over their hands, and it’s pretty gross.”

Recently, the the plastic funnels that were used to keep spit in the tube have been replaced with small sections of straw. For some, the experience of spitting into a straw is even worse than the funnel method.

“It feels grosser to spit in a straw,” junior Sadie Clutter says. “Because when you’re taking it out to throw away I feel like there’s more of a risk of getting spit everywhere. And I associate straws with drinking, so it’s kind of gross to be spitting into them.”

Regardless of the various perspectives concerning COVID-19 testing at ETHS, one thing is clear: SHIELD testing of all students has caught over 200 cases since its implementation in January, preventing more spread from occurring at ETHS.