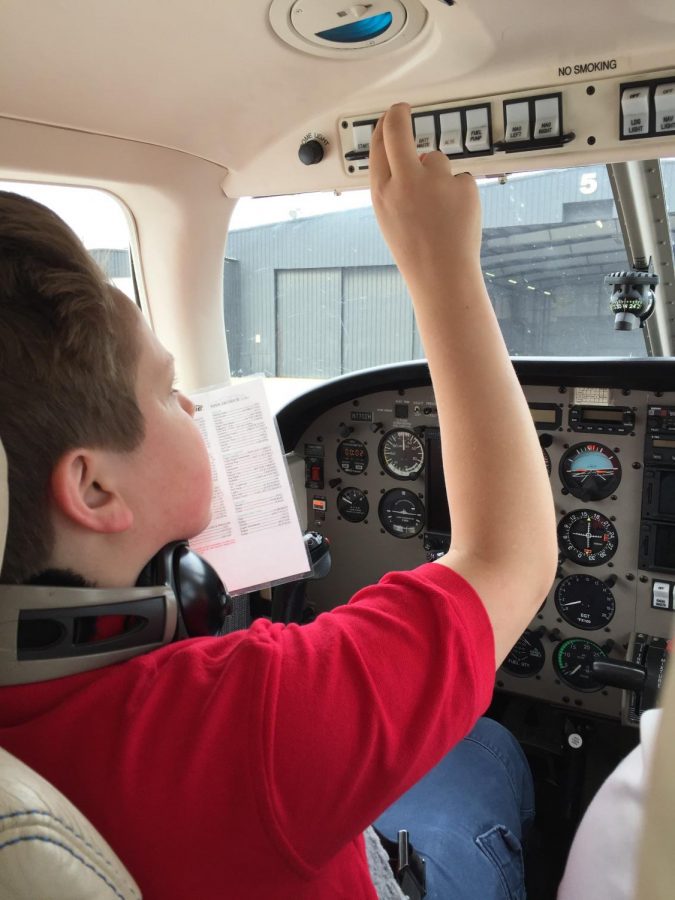 While most teens may spend their time participating in sports and clubs or doing homework, freshman Oliver Leopold spends his time in the air practicing the art of flying.

According to Chicago Executive Flight School Instructor John Korinke, Leopold is “a very motivated student” and is “very cautious and safety conscientious.”

Leopold was inspired to learn how to fly when he saw a video online.  The controls of steering the plane sparked his interest. After doing research, Leopold decided that this was something he wanted to pursue.

Korinke thinks that Leopold was well in range to meet goals and has great potential. However, Leopold does not see himself making a career out of flying planes, rather he wishes to let it remain a hobby. Nevertheless, he doesn’t want his life to consist of basic formalities and paperwork.

“Yes, there are incredible views and you get to meet new people, but I want to do something that I enjoy even more.”

Despite Leopold’s lack of interest in becoming a professional pilot, he still sets goals for himself.

“My goal would be to complete a solo flight by sixteen and then I can still practice,” Leopold says. Learning how to land the plane is Leopold’s next step in achieving this goal.

Despite hearing endless “worst case scenario” stories of planes, Leopold remains focused and does not let the intimidation get to him. He enjoys every chance he gets to fly.

“The funny thing is,” he says. “I actually have a fear of heights, but it’s only scary during take-off.”

When up in the air, Leopold finds that it is most alarming to go against a huge gust of wind.

“The wind will start turning the plane and you kind of have to fight that force,” Leopold adds. He has been flying for about a year now and has never lost control of a plane.

Leopold’s unique journey has helped him conquer his fears and instilled core memories. One thing that Leopold is working towards is being able to land the plane.

“This is definitely one of the milestones that you need about 15 hours [of training] for,” Korinke says. Each lesson is about 60 minutes a time.

Leopold hopes that one day he will be able to take his friends up in a plane and fly around. For now, his dream destination is just to visit his sister at college Cornell College in Iowa.

“I don’t necessarily have a destination,” Leopold says. “I guess it’s just more for the experience.”

A few places that Oliver has flown to/above