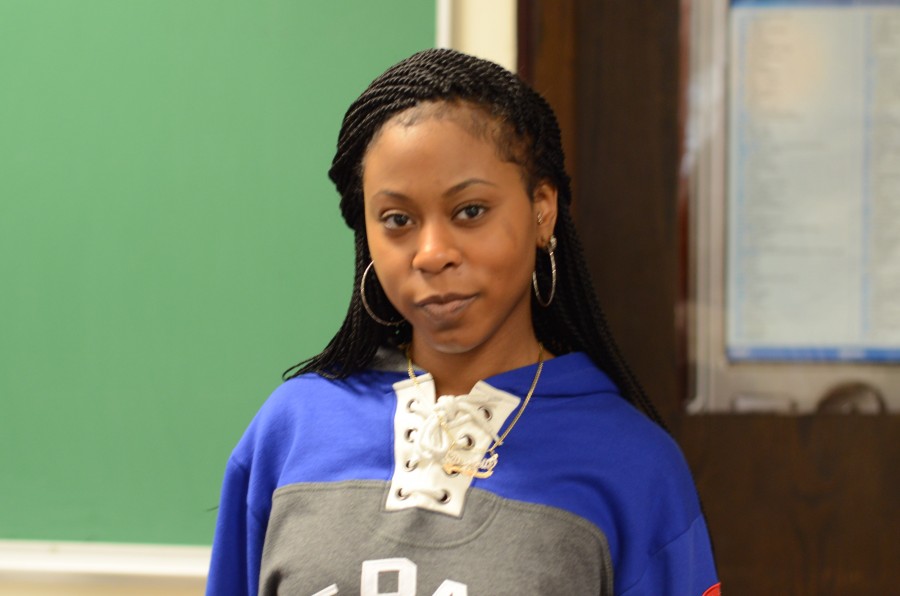 It can be a bit discouraging to see how flawless models look in magazines, but student-model Danielle Eccleston is showing teens that this career is completely possible. She is four inches shorter than the average model and travels to New York for work. Despite how criticizing this industry can be, Danielle never forgets her self-worth.

1.    What modeling agency are you signed to?

I’m signed to MMG Management on a three-year contract and I am based in New York.

2. How were you discovered?

When I was 14, I went to many modeling schools and then when I was 17, MMG scouted me at the Smash Talent Showcase audition during June of 2015.

3. How long have you been modeling?

I was signed towards the end of August, so it’s been about five months so far.

4. What inspired you to model?

Ever since I was a little girl I’ve always been interested in modeling. I’ve noticed how specific models needed to look and I just wanted to inspire other girls to stay true to themselves.

5. What are your plans for after high school?

I’m admitted to DePaul University. Education is my number one priority because eventually looks fade.

6. Do you have any other interesting hobbies?

I was on the school’s gymnastic team for three years. My events were bars, vault and beam.

6. Any advice for other aspiring teen models?

Just be honest with yourself and don’t let people brainwash you and watch out for scam artists.

7. What were some things that you were told at modeling seminars?

I was taught about nutrition and how to pose in front of a camera. I was told that I shouldn’t eat after 6 p.m. and snack portions couldn’t be more than an amount that would fit in my hand.

8.  How do you know if a company isn’t legitimate and have you ever been scammed?

If you are demanded to pay money on the spot then it is probably not a real agency. In the beginning I was very eager to model and I went to an agency who didn’t hold up to their end of the bargain. My family and I did not want to take the risk of being scammed, so I kept looking around.