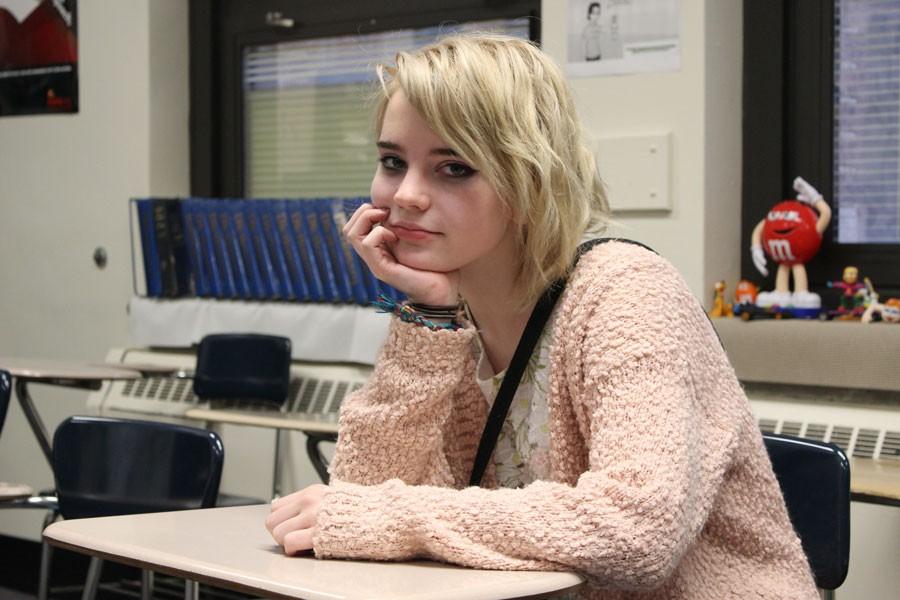 Sophie Thatcher has made a splash in the Chicago and national theater community. By freshmen year she has already made an appearance in over eight Chicago musicals and plays. Despite her age, she has managed to nab many key roles such as starring in The Writer’s Theater production of The Diary of Anne Frank, starring in an award winning short film, and recently guest starring in the hit NBC show Chicago PD. This future film star has a bright career ahead of her.

1. Why did you decide to start acting?
My sister is an actor, I remember seeing her in the show Into the Woods and I remember just being amazed by it. So I started doing community theater and I really liked that, it was a great way to meet friends. My first play was when I was six. I was in The Wizard of Oz, I played a munchkin.

2. How have you had to balance school and acting?
Half of the time through middle school, I was homeschooled. That was a challenge socially, because it was hard to see my friends. But then I also went to a school and I had to miss a lot of it. Hopefully I won’t have to that through highschool, because I think I want to focus on more film. With theater, you have to miss so much school where as film takes up less time. I want to balance school and acting and have a normal life.

3. Do you plan on acting after high school?
Definitely. It’s the main thing I’m good at. But I want to focus more on film. I’ve been in two commercials and about three weeks ago I was on Chicago PD, which was really fun. They were so nice, they treated me like a princess.

4. How did you come about your role on Chicago PD?
I have an agent who sent me out on an audition and it went straight to the director and he liked me, so I got it. I got to meet some of the cast and they were so nice. I played victim, but I can’t say too much because it hasn’t come out yet.

5. What is one of your proudest moments that came from acting?
Definitely Anne Frank, I had 200 shows, it was crazy. I look back at it now and can’t believe I did that. I had 11 monologues in the show, it really stressed me out but it was an amazing opportunity. All the actors were so great. It was through Writer’s Theater which is in Glencoe, it’s really good theater really good place to work at. I had to be homeschooled for the last two months and I missed eighth grade graduation, but it was okay. It was definitely worth it.

6. What is your favorite thing about being an actor?
The feeling when the audience applauses, it sounds a bit cheesy but I love that. I like to show people stories of real people, like showing people what Anne Frank was actually like rather than what people think she would be is like.

7. What challenges have you overcome in you acting career?
Acting is really stressful for me. I don’t have stage fright but just the fear that anything can happen on stage, like for Anne Frank I had so many lines and what would happen if I messed up? Surprisingly I didnt but thats my main fear. I try not to think about it too much, I try to let myself be taken away by the moment.

8. How hard was it to get to the place you are today in your acting career?
I’ve worked very hard. I’ve taken classes since fourth grade and I’ve been taking singing lessons since third grade. Just to keep up my training is really difficult. I worked at Actors training and Performers school. I’ve worked with Janet Lauer who’s a director and Carol Devo and she’s a manager.