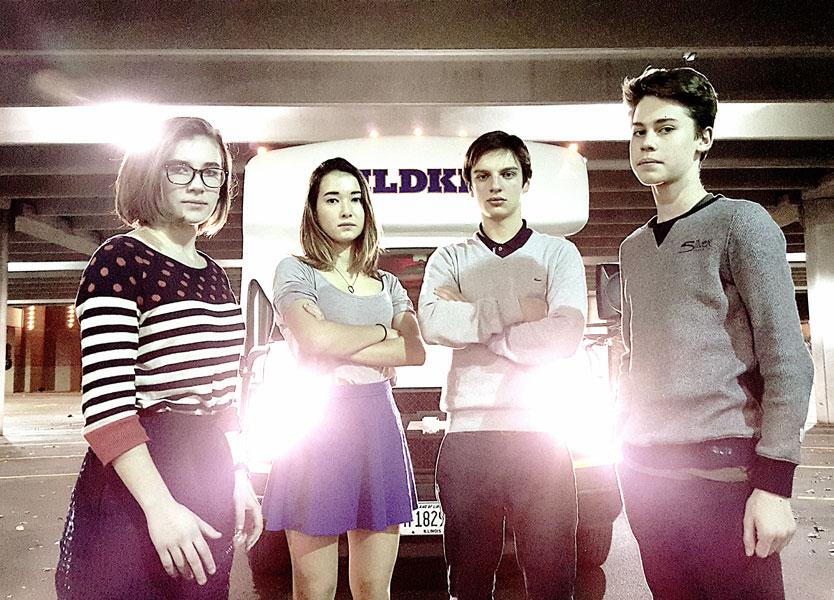 Excellent argument.
Two freshman policy debaters are crushing the competition, having won two Chicago Debate League (CDL) tournaments in a row.
“They’ve been incredible,” explains four year Policy Debate coach Sydney Doe. “At the biggest tournament of the year they would have made it to the final round if it wasn’t for the technicality that got them knocked out of the tournament.”
She is talking about Emma Ringstad and Mollie Hartenstein. The technicality they lost on was a rule saying that those who debated in middle school debate could not win the tournament as novice debaters. Doe believes having judged the team they were meant to go up against, she thought Emma and Mollie were well positioned to win.
The two freshmen have definitely been making a name for themselves in debate, having placed top 10 in nationals for middle school debate, then representing Bessie Rhodes. Now, with two of the three CDL titles under their belt, (having missed the third) they are the buzz of the debate scene.
“It’s not often that a team comes in with both the drive to succeed and the experience needed to start succeeding fast,” says Danny Frank-Seigel, junior policy debater. “They came in with both and they’ve capitalized on it.”
Danny is one of the upperclassmen policy debaters who mentors the novices. Emma and Mollie have come into a tough year of debate. This year’s topic is surveillance, and so far, the two have run a case on amending the FISA Act and curtailing Muslim surveillance. With a record of less than 5 losses, you can tell that they’re doing good work with it. This year can be considered especially tough because of the prevalence of surveillance in today’s information filled world.
“I think it’s crazy hard,” says Doe, when asked about policy debate. “It’s still ridiculous to me that it’s expected and that high school kids are able to do it.”
Doe is right when she says it’s crazy hard. Policy debate is a two on two debate, this year on any case concerning domestic surveillance. Not only can the affirmative team, (the ones introducing the plan) introduce a case of any kind or capacity, but the negative, (the ones arguing against the affirmative plan) can introduce any number of counter arguments. These plans range from curtailing American Muslim surveillance to placing someone in charge of the NSA’s operations.
Evanston has been extremely successful in debate. According to Evanston Now, in 2014, Evanston placed top 30 in 3 different forms of debate. Emma and Mollie are definitely living up to this great success.
Altogether, Evanston’s future in policy debate is looking great. With Emma and Mollie leading the newest wave of debaters, we can expect great things to come.