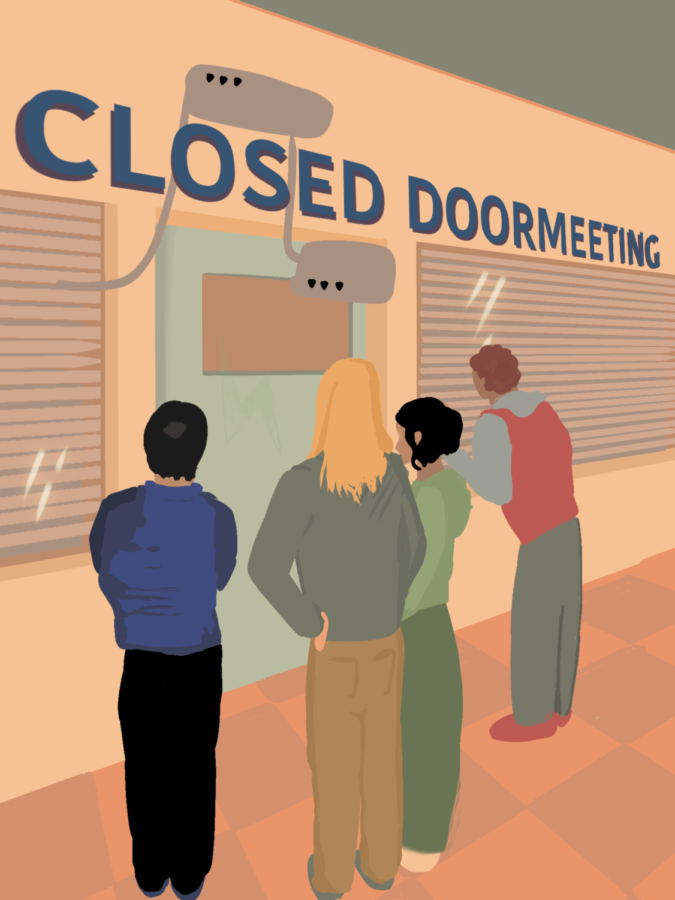 In the wake of the recent developments regarding the Color Guard coach Lorenzo Medrano as well as alterations made to ETHS staff and administration, The Evanstonian Editorial Board calls for increased transparency from the ETHS administration.

Throughout our process of reporting recent developments with regards to both the staffing changes and the terms of Medrano’s status at ETHS, the Evanstonian has found the ETHS administration to have lacked transparency. This lack of transparency and communication from the ETHS administration has made forming an understanding of this situation difficult for us as reporters and for affected students.

As students, the manner in which the school handled allegations about Lorenzo Medrano leave us deeply troubled. After hearing student accounts of experiences with Medrano, The Evanstonian Editorial Board believes that the administration failed to protect students. Students went to ETHS staff and administration to report Medrano in March 2021. However, the allegations filed by these students were dismissed based on conversations with two other adults who knew Medrano. Just six months later, Medrano was arrested for child seduction based on actions he took at another school while also being employed at ETHS. While he has not been found guilty of these charges and currently awaits his day in court in December, the situation gives us pause.

Furthermore, the lack of transparency around the process by which a student files an incident report and the subsequent investigation around that report raises questions around whether the administration is driven by self-preservation or student wellbeing. Because Medrano’s arrest was the result of a complaint from a LaPorte High School student, entirely independent from the multiple complaints filed by ETHS students themselves, we can conclude that the ETHS administration does not proactively prioritize the safety of students but rather only takes action when its hand is forced.

In addition to the impact that Medrano’s arrest has had on the student body, recent staffing changes within the Deans’ Office, the Human Resource Office and the Student Services Department also highlight the lack of communication from the school regarding student support. For underclassmen in particular, these changes likely elicited confusion, seeing as these changes were only communicated through email. Additionally, the lack of transparent explanation for these shifts only compounds the confusion that students have already felt in recent weeks. Not only does the school need to provide reasons for this instability, but they must offer ways to navigate the movement that has been made and understand who is in their corner when in need of support.

As a student-run publication, we will continue to investigate and support our peers as we navigate a time of confusion and vulnerability. We ask that the administration acknowledge its missteps and attempt to cultivate a newfound culture of trust built upon the foundation of protecting students.