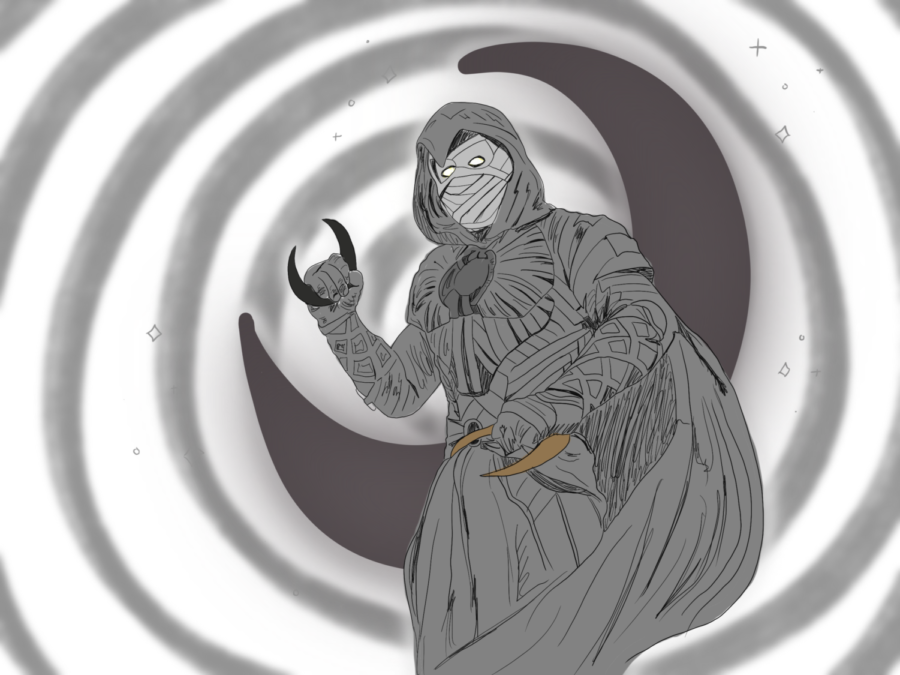 Ever since Iron Man premiered in 2008, Marvel Studios has been on a roll. Its movies and TV shows have been wildly successful at the box office and have united a massive fanbase that can’t get enough. Lucky for the fans, Marvel’s latest show, Moon Knight, looks like it will keep up the hot streak, only with something different than we have seen before.

The first episode of Moon Knight was released on Disney+ on March 30. In it, viewers meet Steven Grant, a timid museum gift shop employee who is unaware that he has multiple personalities. Steven is as clueless as the audience is about why he wakes up some mornings with blood-covered hands in a different place than where he went to sleep. Throughout the episode, we come to learn Steven’s body is being taken over by his other personality, Marc Spector—a.k.a. Moon Knight. When Steven gets chased through the museum by an unfriendly and very hungry monster, he realizes he has to give up control of his mind to Marc to save him.

We see Steven give up control in the final moments of the episode and get to catch a glimpse of Moon Knight right before the credits roll.

Also in this episode, we meet Arthur Harrow, played by Ethan Hawke. He is the leader of an evil cult that worships the Egyptian god, Ammit. When Steven’s other personality steals a golden scarab from the cult, Arthur is determined to find him and take it back.

One of the features of this episode that distinguishes it from other Marvel shows and movies is that it is told from the perspective of Steven who knows as little as the audience about what is going on. We don’t see most of the action sequences since they are done by Marc and not Steven. What we do see is Steven black out and wake up a moment later to find a pile of blood-soaked bad guys. It’s an interesting storytelling technique that adds another layer to the mystery of the show and makes the audience want to watch even more.

Moon Knight is also different in that it is geared more towards older teens and adults. Kevin Feige, the president of Marvel Studios, stated that the show would be darker and more violent, and this is clear in the first episode. There was more blood, and it had a much darker tone than Marvel typically has. By not having to appeal to kids, Moon Knight could further explore a darker side that we haven’t yet seen before in Marvel.

The first episode received mostly positive ratings, with an 86 percent on Rotten Tomatoes and a 7.4/10 on IMDb. Personally, I think it was the best first episode of any of the Marvel shows released so far. Oscar Isaac did a great job playing a lost, confused Steven, despite the weird British accent he puts on, and I can’t wait to catch a longer glimpse of Moon Knight.