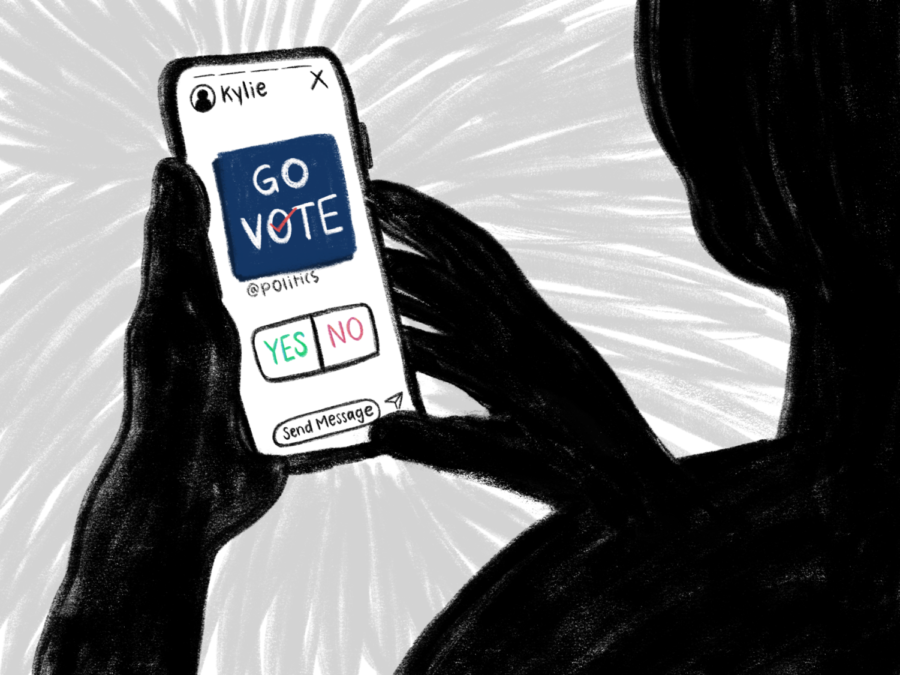 With the ever-changing sociopolitical climate of the nation, students often turn to social media outlets to catch up with what’s going on in the world and to relax. A massive influence on these platforms is celebrities; social media apps allow them to gain tens of millions of followers, many of whom are impressionable young people. Celebrities often use their accounts to promote new movies or brand deals, but, recently, many influencers have posted about social causes and civic engagement. However, with all this influence over masses of followers, do these celebrities have the right or the qualifications to be encouraging young people to engage?

Many celebrities are often popular for only one reason; whether it be acting, singing or playing a sport, they are famous because of what they do. Most of the time, their career does not have to do with politics. Thus, some believe celebrities should not post about or engage in politics. Some influencers like Kylie Jenner have 279 million followers, meaning that each of Jenners’ posts can potentially reach 279 million screens. Many of those engaging are young people who obsessively follow celebrities and listen to what they’re saying. When the audience is a crowd of easily influenced minds, some students, including junior Keira Tu, believe celebrities should change the way they post about these topics.

“Celebrities should redirect [followers] to people who are knowledgeable on the subject. When a celebrity cites evidence or redirects followers to a more informed source, I feel better about their activism,” Tu says.

While many people feel similarly to Tu, whether or not celebrities are qualified doesn’t change the fact that they own their accounts and have the power to post anything they want. There are positive aspects that can come with having this platform. During the 2020 election, many popular celebrities, including Beyonce, Taylor Swift and Michael B Jordan, encouraged citizens to vote. The youth turnout for voting notably increased from 2016 to 2020, with eligible young voters making up close to 17 percent of the total votes. While the celebrity influence cannot definitively nor exclusively be the cause of this voting uptick, the increased awareness and raised social media presence are of note.

“I think celebrities are valid to post [about politics] as long as they are using their platform to encourage a progressive nation rather than put down the other side,” senior Chase Cubia says.

“During the 2020 election, seeing posts on social media definitely informed me more and encouraged me to do my own research on certain topics,” Cubia expands.

While the extreme accessibility of social media can be beneficial, there are also limitations when it comes to truth: sometimes what’s being spread isn’t factual.

“What people are putting out [on social media] is not necessarily true, and it should force followers to think critically about what someone says and make their own decision about whether or not they agree,” Tu says.

Celebrities continue to post politically related content, and it’s clear that these posts influence young people to an extent. Moving forward, the best way to navigate these platforms is to utilize one’s power of research and dig deeper than a post to further one’s knowledge of sociopolitical issues.