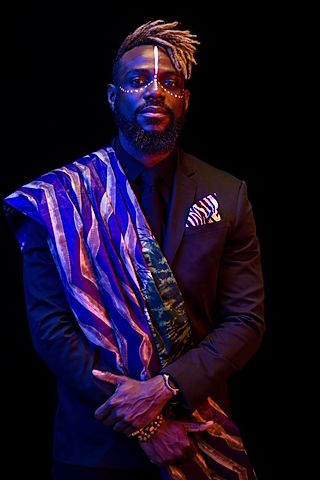 At the Tuesday, March 10 concert, the ETHS band program is featuring music by guest composer Omar Thomas. Originally a jazz composer, Thomas has recently turned his focus towards concert band where his programatic pieces primarily tell the stories of black and queer people in the United States.

“It sounds like a very uncommon occurrence to purposely play music by a black composer that’s targeted towards social justice issues… I hope that we’re going to connect more with our music and recognize that concert band is a space for everyone to identify with music,” junior Avery Davis, one of the leaders of the Band equity group, explained.

ETHS Director of Bands Matthew Bufis first started researching Omar Thomas when the Illinois State University Wind Symphony was set to perform “Come Sunday” on Nov. 15, 2018. According to Thomas’ website, “Come Sunday” is a “two-movement tribute to the Hammond organ’s central role in black worship services.” In December 2018, Thomas premiered “Of Our New Day Begun” at the Midwest Clinic.

“I was moved by the piece. I thought it was great writing. Not only was the content really strong and I felt resonated with our community here in Evanston, but I thought the piece of music was wonderful and very well-performed. So I started rattling around in my brain this idea of reaching out to him to come to Evanston and be a guest artist,” Bufis said.

Bufis reached out to Thomas in the Spring of 2019. In December of 2019, Thomas started gaining widespread attention when he won the National Band Association Revelli Composition Contest for “Come Sunday,” the first black composer to do so.

“There’s an additional layer because he’s a black composer; there’s an additional layer because the music that is currently in print is 95% is written by white men. The fact that he is coming online right now and writing and the industry and the music is creating a space for him to share his voice and share his music… it’s not a subtle thing. He’s very much an advocate through music-making about the messages that he’s sending,” Bufis said.

The ETHS Wind Symphony is performing “Of Our New Day Begun,” which was written to honor those who lost their lives at the Emanuel African Methodist Episcopal Church shooting on June 17, 2015. The piece is anchored by “Lift Every Voice and Sing,” often referred to as the Black national anthem.

Wind Symphony is also performing “A Mother of a Revolution,” which celebrates black trans activist Marsha P. Johnson. It was commissioned by the California-based Desert Winds Freedom Band to commemorate the 50th anniversary of the Stonewall uprising.

Symphonic Band and Freshman Concert Band combined is performing “Shenandoah,” Thomas’ arrangement of the Americana folk song. “Shenandoah” rounds out the list of Thomas’ compositions for Wind Ensemble. Thomas has one work for Chamber/Choral music and eight works for Jazz Big Band.

One of those works is “We Will Know: An LGBT Civil Rights Piece in Four Movements.” Juniors Abigail Persell and Katherine Koeppen are performing the first movement, a piano-vocal duet entitled “Hymn.”

“We’ve never done something with a singer and a piano player, so I thought that was really cool. I thought it was cool that it had a special meaning to Omar Thomas and he would be there to see it,” Persell said.

Thomas is coming to work with the bands after school today and during classes today and tomorrow.

“I watched a lot of videos on Facebook of him working with band[s], and he does a combination of getting up and conducting himself and letting the conductor conduct and giving feedback to the group, not only talking about elements of style and musicality, but also giving that composers’ voice to ‘this is what I meant here,’” Bufis explained. “‘This is what this music is about. This is why I chose to put it in these instrument groups. This is what this motive or this melody comes from or what it’s supposed to represent.’ That’s a rare opportunity to work with a composer and hear what it is.”

The Monday after school session will be followed by a Q&A session led by students from the Band equity group Bequity. All band students were invited to attend a Bequity meeting where they researched and brainstormed possible questions for Thomas.

Thomas will also be present at the band concert Tuesday. Following the concert, there will be a reception where people can meet him.

“We’ve been trying with intent for the last several years to be incorporating more composers of color or women composers or composers that are not in that 95% into our planning for all bands…I think the point is to keep that work going and not have an isolated event,” Bufis explained.