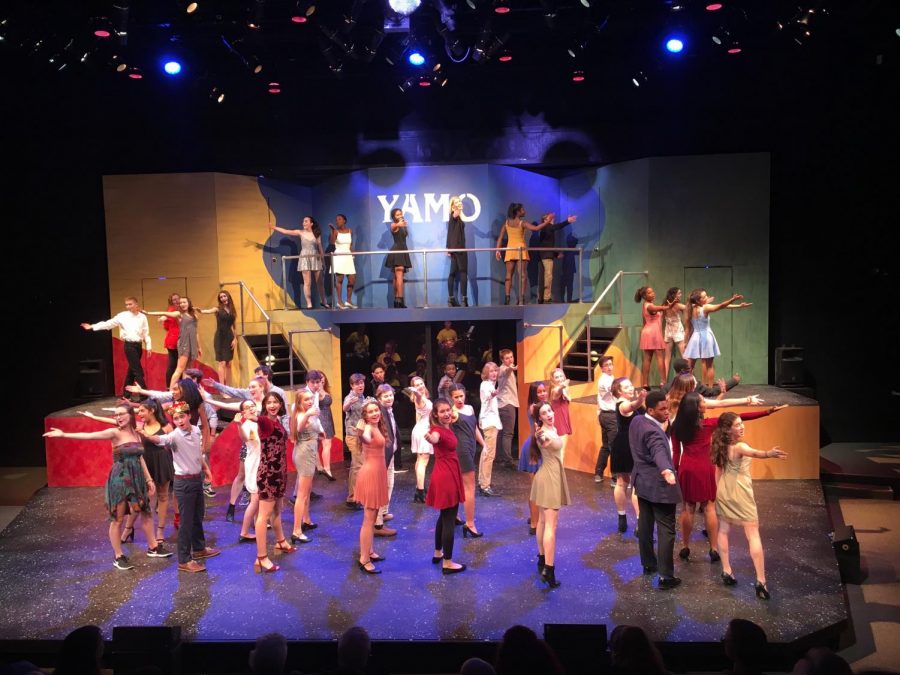 YAMO 2018 was comedic gold. Dozens of our students showcased their theatrical and comical talents.

The show included hilarious scenes ranging from parents disliking some of the biggest new songs to political jokes. They incorporated a “choose your own adventure” theme and it fit perfectly.

As always, the cast cracked jokes about teachers and administrators. The PTA meeting was an especially funny addition as it completely exaggerated each of the PTA parents’ personalities.

While the political references were anticipated, the entire scene about Fox News was particularly memorable. The actors portraying the reporters made comments antagonizing their own characters, their female co-workers and a guest they had on their show.

There were references to the First Family of the United States in “How Do You Solve a Problem Like Korea?” which was one of my favorite skits. Sophomore Santi Callam as Barron Trump worked incredibly well, and the off-topic responses he gave the reporters were entertaining. Callam’s attributes his pointed execution of lines and scenes to his pre-scene routines.

“I talk with my scene partners backstage before we go on,” Callam says. “I walk around by myself and go over the scene in my head just to have it click in right before I go on.”

Another memorable skit centered around three girls gossiping about morbid topics in a tent. This scene was a slightly strayed away from the goofy mood YAMO tends to cultivate.

The YAMO Orchestra cannot be forgotten from this year’s show. The array of music they played had me eagerly waiting for the next song. They featured some classic AC/DC – the well known “All Star” by Smash Mouth – and a personal favorite of mine, “Smells Like Teen Spirit” by Nirvana. Between scenes, they showed off their musical talents and kept the audience fully focused.

The Dance Company’s routines were so upbeat that it made me want to get up and join them. Their dances were short, quick bursts of energy during the show that were choreographed to continue enlivening the show.

“I thought the music was really good, the dancers were so spot on, and I thought all the scenes were really funny,” says Larson. “Some of them were so short and I always wish it could last longer.”

Since the theme was “Choose Your Own Adventure,” the most thrilling part of the show was when audience members had the opportunity to choose from the two options; however, I would have enjoyed experiencing more of these audience-driven choices throughout the show.

The show exceeded my expectations and I thought that all the performers did a great job with the extra scenes they had to recall on the spot. Overall, YAMO was a hit and indeed an adventure.