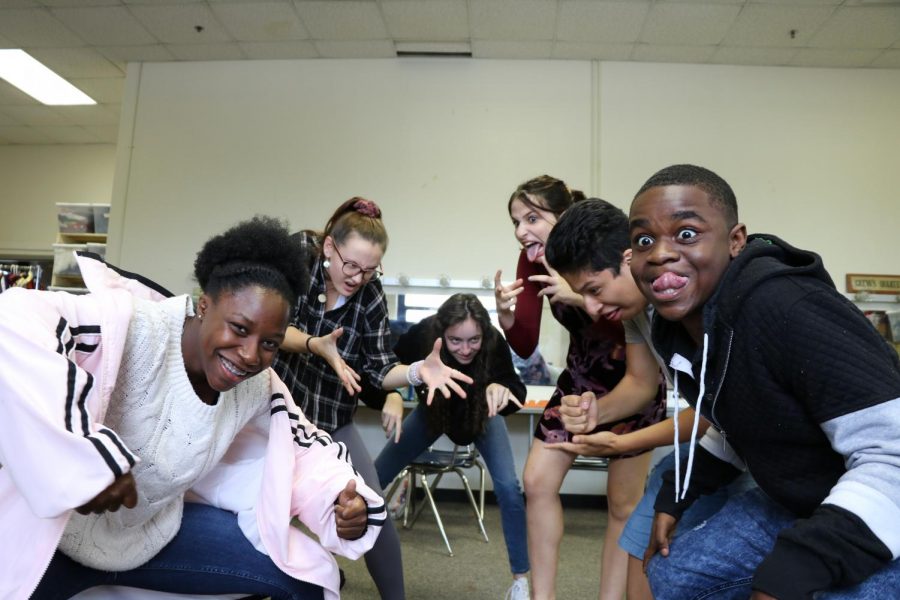 As YAMO nears our calendars, the excitement grows as the theme of the show brings a different style of show.
YAMO’s overarching theme changes year to year, but this show is something that has never been done before: Choose Your Own Adventure. Last year’s theme was A Murder Mystery.

“We’re doing a choose your own adventure theme like the kids books from the 70s,” senior Student Director Olivia Nicholson says. “We’ve included parts in the show where the audience gets to decide the outcome of a scene.”

This show is special in that the performers must know all the possible scenes that may or may not be performed depending on the audience’s choice.

Over the summer, YAMO writers spend multiple hours each week writing possible content for the show throughout June and July. When the school year rolls around they pick their favorite scenes and start to edit them.

“We sit in a room from 10-3 everyday in August to sharpen jokes, clear up plot, and polish character development” Nicholson says. The editing process takes significant time and actual rehearsals don’t start until the school year does.
This unique style of performing will require the actors’ best work. They practice for two hours every weekday, as well as six hours on Saturdays.

A lot goes into this show so that the audience will get a performance that they’ll remember and laugh even when the show is over.

“For our particular show we had to create two supplemental parts for each scene that had a choose your own adventure part,” Nicholson says. “We had to refine each choice so that no matter what was chosen it was funny and continued the overall plot of the scene.”

There is more than just acting in YAMO, the music is just as important. The show includes student written pieces along with other popular songs.

“As far as segues (the short songs we play between scenes), the composers choose what they want to write,” senior Musical Director Jonathan Hauser says. “The opening and closing numbers, as well as the entracte [an orchestra-only tune during intermission] are original pieces.”

The student written pieces follow the theme of the show, but the well-known songs that are being used are for the audience’s enjoyment.

Credit should be given to all the musicians. They practice for two hours everyday, and when they aren’t practicing for YAMO, they also practice for Marching Band. Not only does YAMO include music and acting, there are also a number of dance routines that are performed by the actors and dancers.

“One dance, which is anywhere from 45 seconds to two minutes thirty seconds, takes a full length rehearsal to teach and we typically spend a whole week cleaning it with a fine tooth comb” Fiedler says.