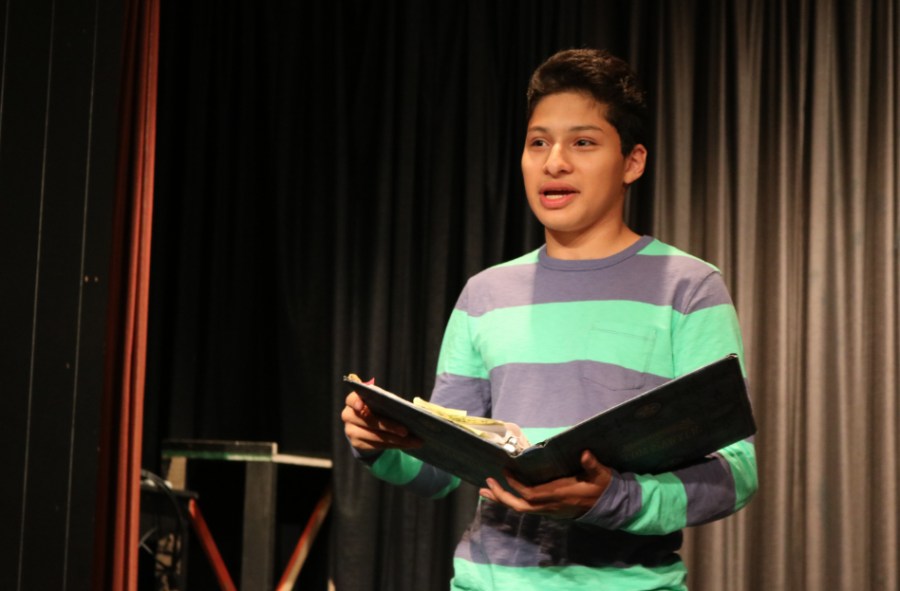 The Frosh/Soph fall play brings the dramatic comedy She Kills Monsters to the stage until Nov. 4.

The play centers on the story of Agnes Evans and her time going into the world of Dungeons and Dragons, D&D. She Kills Monsters talks about the emotions of Agnes with her sister, as well as the world of D&D, and brings humor and stage fighting to the Little Theatre.

“You will laugh, you will cry, it’s incredibly heartwarming and it’s very real and emotionally raw, but still very fantastical and funny,” sophomore Kat Boyle, who plays Vera says.

The show’s main character and supporting characters are women. Women in the play also are powerful characters, as there are many stage fighting scenes involving the female characters.

“We wanted a show that was going to be fun and super entertaining, that also had super great roles for women,” director Michael Miro says. Unlike previous fall plays, She Kills Monsters incorporates elements of stage fighting and battle scenes. According to Miro and Biliter, the use of fight scenes in the show sets it apart from the other Frosh/Soph plays in the past. The show will also contain explicit language and may be inappropriate for younger audiences.

“I feel like a lot of the Frosh/Soph plays in the past have been adaptations of classic stories like, Three Musketeers, The Odyssey, Peter Pan,” Miro and Biliter say. “She Kills Monsters was written in the past six years, so it’s a modern play set in the ‘90’s.”

“There’s a lot of fantastical creatures that had to be created,” Miro says. “We are bringing the life of school in the ‘90’s and the full world of D&D.”

There are elements of the play that mirror the modern era. Costumes are meant to closely resemble the fashion choices that were made in the time period.

Students are given the chance to create and to guide the production. Assistant directors, as well as other actors, make many of the decisions on characterization and lines. “I am acting but I am also giving notes,” Boyle says. “The smaller productions are a great chance to hone your craft before you get to the bigger productions like YAMO or the spring productions.”

Tickets are $3 for students and $7 for adults.