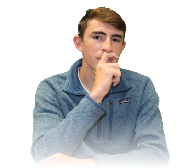 Though the new federal budget proposal is not directly harmful to Evanston in particular, the federal government’s new policy on funding for the arts harms public schools all over the country, and may soon do the same to our own city’s fine arts programming if no action is taken.

Essentially, what Donald Trump’s new budget proposal outlines is a massive–and unnecessary–increase in military and defense spending, along with a complete slashing of the funding for the National Endowment for the Arts, a program dealing with artistic education in public schools and communities. Though the NEA has received an insignificant portion of federal funding in years past, the new administration seems to believe that cutting that funding even further was necessary. In fact, the NEA will now receive absolutely zero funding from the federal government under the new budget.

According to NPR.org, non-federal funding for the NEA has usually been determined based on the level of federal funding it received. In other words, private donors would make donations to match that of the federal government in order to sustain that program. However, seeing as the program is dead in the eyes of the federal government, the public now has no landmark to refer to in making donations. Even worse, twice the amount of donations from the people will now be needed to protect a program that was already underfunded.

That is where we come in. Though Evanston is a wealthy city with a thriving artistic community, much of our city’s art centers are kept in motion because of grants from federally funded programs, which are then matched by private donors. In other words, though places such as the Evanston Arts Center make most of their money due to yearly income, grants and donations are what allow the programs to exist in the first place. When the prospect of federal grants disappears altogether, it is likely that programs and centers such as the Evanston Art Center will not be able to sustain themselves without strong and timely action being taken by our community.

On a national scale, the solution is fairly simple: donate! Donations from the public are soon to be the only source of funding for many public art centers, so increasing the amount of donations is obviously vital to the survival of such programs. However, in order to make these donations effective, they must be targeted at individual art centers in particular, instead of the NEA, as the NEA is only able to use federal funds for grant-making purposes.

In the Evanston community, we have a unique opportunity to make our own effect on the arts more powerful and more enduring. As District 65 recently passed a budget referendum delegating increased funds to the elementary and middle schools in Evanston and part of Skokie, it is now the duty of parents and faculty within the district to ensure that the increase in funding is used, to some degree, to foster an interest in the arts for the children in our city’s schools. With more money being available to schools, we can now devote more attention to music, theater and visual arts education in elementary schools, which will in turn create greater interest in the arts for children.

More attention and interest towards the arts in District 65 schools will translate into those same things within ETHS. If kids in Evanston are encouraged to join and given access to well funded arts programs from elementary school on, more will seek to continue their participation when they reach high school, ultimately creating more variety and interest within the Fine Arts Dept. at ETHS.

Further, if District 65 gives more attention to artistic education, and the parents in the district encourage their children to try their hand at some form of art, then kids will have more motivation to pursue art based extracurriculars, which will lead them to one of the many public art centers that Evanston has to offer. If this is done, then the negligence of the federal government to arts funding can be made incredibly less significant, as membership and tuition payments will increase–likely along with the amount of funds donated.

So consider this a call to action. If we, as a city, want to keep our reputation as a center for artistic creativity and expression, then we must take initiative in the form of donations to our local art centers, encouraging school kids to pursue the arts and, most importantly, giving proper attention and funding to artistic education in District 65’s schools. The referendum will create an expected $14 million increase in funding for the schools–it must be used to protect the arts for years to come, because the federal government has failed to do so.