Actors to prepare for The Wiz 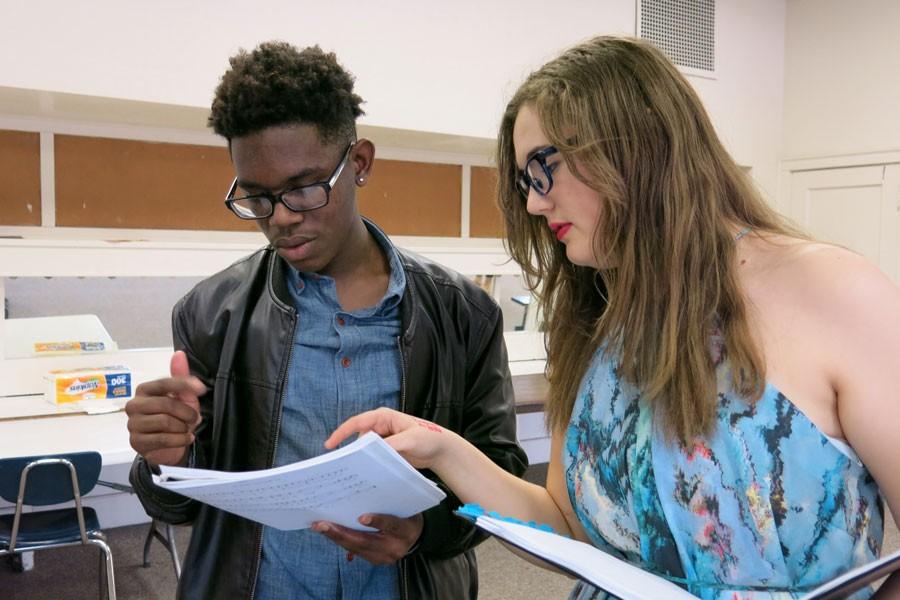 We’re not in Kansas anymore.

Student actors have begun to prepare for the production of The Wiz: a classic with a twist. Although this spring musical takes place on April 14, there is already a lot of work being done, making Dorothy’s trip back to Kansas one of the most authentic yet.

With such students as Alexis Dyer playing Dorothy, Sidney Chuckas playing the Tin Man, Alexis Johnson playing the Cowardly Lion and Nolan Robinson playing The Scarecrow, this is a production with a talented cast.

“There are so few opportunities for African Americans to be in a Broadway musical, and The Wiz gives them that opportunity,” says Reed.
The choreography brings a note of professionalism as well. Menca, a graduate from the high school, is now a major name in the Broadway industry in New York. He is choreographing all of the numbers in the show.

“We have a total of ten sets, and they are going to be built by hand by the crew members,” says junior Nolan Robinson, who will play the scarecrow. “The sets are going to look like a mix from the original Wizard of Oz and the live version, so it’s very magical and artistic.”

Some of these ten sets include familiar locations such as Emerald City, the Spooky Forest, and Munchkinland.

But the sets aren’t the only aspect of the play that mirrors the original production, with this take of the show set in Kansas and Dorothy as a teenager living with her aunt and uncle. The villain is Evelline, and the iconic characters such as the Tin Man and the Cowardly Lion are still present.

“It’s probably going to be close to how it looks like in the movie,” says senior Kennese Sanford, who plays Glinda and Aunt Em. “It’s going to be different than The Wizard of Oz. The costumes are going to be items that African Americans would be traditionally wearing in the 1970’s.”

With big hair and bigger dresses, audiences should expect traditional clothing with a very funky twist. The costumes are rented from professionals, allowing for the clothes to be high quality and authentic.

“The Wiz is so iconic because of its rich history of being performed in Evanston, as well as for what the play stands for in the black community,” says freshman Liana Wallace, who plays a munchkin. “The Wiz posses an important representation of black people in theatre.”

With large numbers such as “He is the Wiz”, “No Bad News”, and “Soon as I Get Home”, soulful music plays a large part in this
production. The Wiz was last performed at ETHS nearly 18 years ago, so the cast and crew have a lot to live up to. With the professional choreography, music and talented cast, the yellow brick road has never been clearer.

Go to the Main Auditorium on April 14 to see the show. The tickets cost 12 dollars.