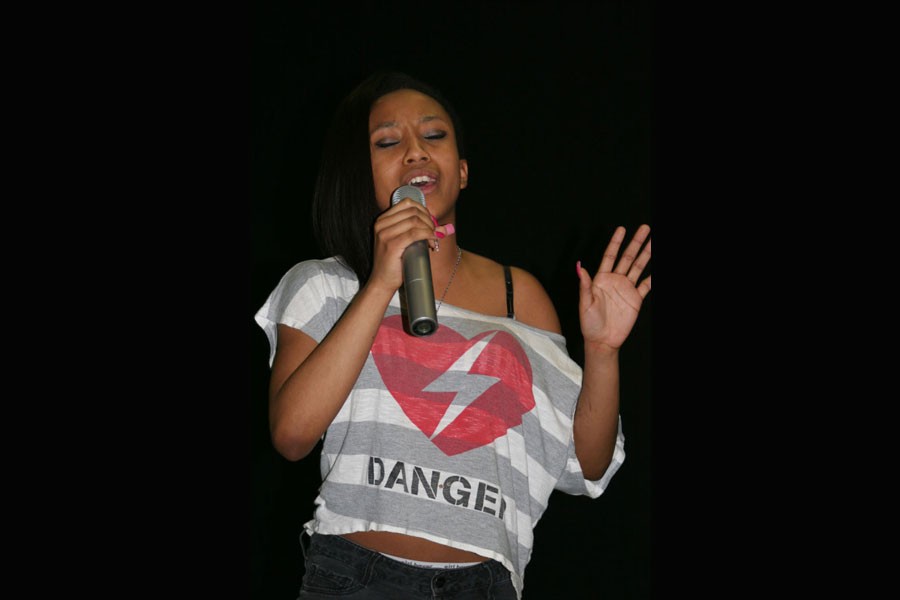 American Idol may be coming to an end, but after 10 years, Evanston’s own Etown Idol is still going strong. Tonight at 6 p.m. in the auditorium, teacher groups, student duets, solo rappers and many more will showcase months of hard work and preparation.

“We held the initial auditions shortly after exams in January,” says Kiwana Brown, Etown Idol sponsor. “Those chosen to perform have been working since then. We want our performers to be as professional as possible, so we made preparation and dedication requirements for the competition.”

After being chosen to perform in the show, participants were each assigned coaches to help and critique their performance. Coaches and participants then worked hand in hand to prepare for the show, improving their act to satisfy the competition’s scoring criteria. Stage presence, confidence and overall talent are the three areas targeted for improvement.

According to Brown, performers are each placed into one of six categories based on their performance style, whether it be solo or group singing, dancing, rapping, poetry or a staff performance. A panel of five judges then scores each performer based on their category’s criteria, awarding a trophy and cash prize of over $100 to each winner. This year’s judges include several faculty with a connection to the arts, such as Pomkits Coach Erika Cruz, as well as Fine Arts Dept. Chair Nick Gehl.

“We try to get judges who are versed in performance arts,” says Brown. “This way we can put on the fairest and most entertaining competition possible.”

Along with creating a fair and enjoyable competition, experienced judges create a professional atmosphere for those involved, which is, according to Brown, one of the most important aspects of the show.

“This year we really stressed the importance of practice to our competitors,” says Brown. “We want to show those participating that being able to succeed is not just about talent, in order to do well at something you must put in time and effort.” Brown adds that Etown Idol not only teaches students about dedication, it also gives students a formal setting to display their artistic talents, something students across the school can appreciate.

Junior Noah Mckay, who will be performing in tonight’s show, adds that the competition’s creative platform is an important aspect of the show. “The most valuable part is having a place to have fun and collaborate with other talented artists,” says Mckay. “Being around other performers has helped me become more comfortable on the stage, it has made my performance the best that it can be.”

These other talented students have created a wide array of performances for the show, including Beyoncé cover singers, guitar players, spoken word artists, to name a few. Each act brings something different to the stage, showcasing the skills of the ETHS student body.

Jackson Zimmerman, senior, says that this has been the most rewarding aspect of the competition. “I auditioned for the show because I wanted to see what it would be like,” says Zimmerman. “It ended up showing me the huge amount of unique talent that there is in the school.”