Brillianteen to end after 65 years 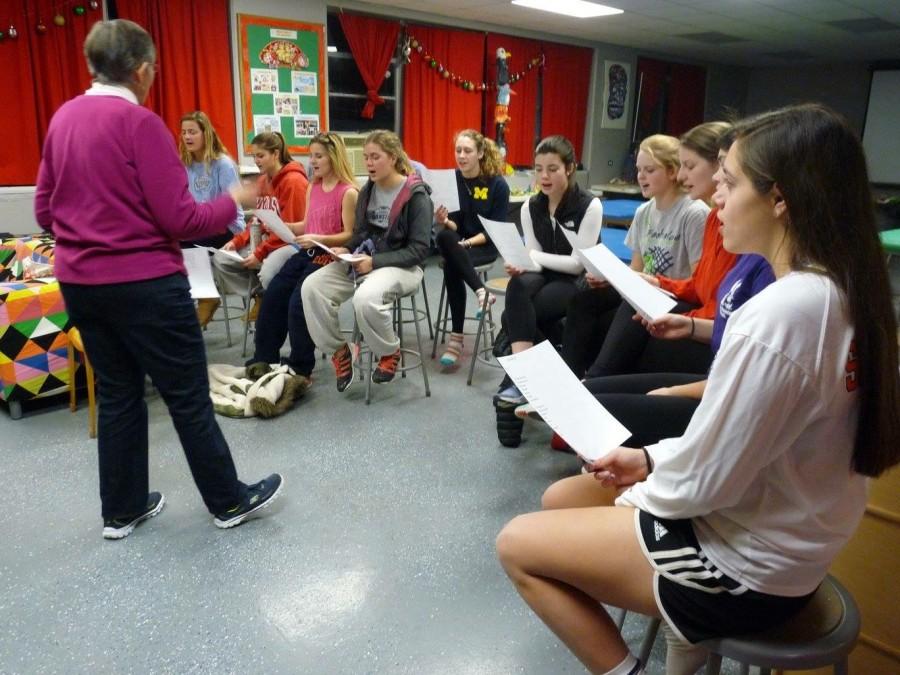 After being open for decades, Brillianteen, a program that allowed students to act without any prior experience, is drawing the curtains forthe last time on March 6.

For this final production, students have put together over 20 songs that have been showcased in previous Brillianteen performances, creating a cohesive musical show honoring the this program’s rich history.

“My favorite part about this show is that it’s not a musical, it’s a musical revue,” says senior Annie Bouchet. “It’s a compilation of all the best jams that Brillianteen has performed over the years.”

With songs such as “Hard Knock Life” from Annie, “Grease Lightning” from Grease and “Get Your Head in the Game” from High School Musical, this show includes songs with high energy and popularity. According to Annie Buchet, the main goal with the last production  is “to get the most people on stage, performing.”

Brillianteen was originally formed by Bill Harper, an Evanston resident, in 1952. The program was created for lower economic classes that weren’t given the chance to be on the big stage due to lack of funding and opportunity.

“We have kept Brillianteen going for its rich history,” says Mallory DePrekel, Manager of Youth Development.  However, five years ago, the YMCA did a test to see what values aligned. “We let a lot of programs go that didn’t fit into the policy, and Brillianteen is one of them.”

After 65 years, however, this acting platform has run its course.

“It is very upsetting that Brillianteen is ending this year, but people were taking advantage of the opportunity Brillianteen gave them,” says senior Katy Flood. “With its no-cut policy and looser atmosphere, people were signing up to get into the after party after the show.”

Although this behavior was curbed over the last five years,  there were other factors that went into the end of Brillianteen. Even though this company was created for lower socioeconomic classes, there was not much diversity in the program until recent years, and the lack of funding presented a large roadblock as well.

“It’s a lack of funding that was the last straw. It cost a lot of money to get the venue, buy the rights for the music and scripts, and more,” says Jayme Coveliers. “It just didn’t make economic sense after all these years.”

Brillianteen has provided joy for kids for 65 years now, leaving a prominent mark in history. Come see the last performances March 4-6. The tickets can be purchased on the Brillianteen website for $15.