Get ready for the YAMO Comedy Network 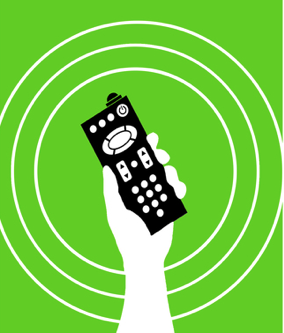 Now in its fifty eighth year, YAMO seeks to change up the formula while still honoring their legacy with the same comedy, singing, and dancing that has consistently entertained audiences.

One of the most promising aspects of this year’s YAMO performance is the theme – YAMO Comedy Network. The theme allows for a more contemporary take on YAMO, and strives to bring YAMO into the present with a new format. This theme also allows for mockery of the world we live in.

“[This theme] takes very modern art mediums [vine, TV, film] and puts them on the oldest medium of the stage,” says senior General Director Bria Patrick. Lots of parodies will be of well-known pieces of pop culture, which has led many cast members to choose a favorite skit.

“There’s one scene called So I Think You Can Dance,” says junior cast member Gaby Godinez. “What I like about it is how clever it is.” Another cast member, junior Zoria Kamholtz-Roberts, describes her favorite skit. “We’re doing Zumba, and it gets really intense, and I think the audience will love it.”

This year’s YAMO will also feature jokes and skits based around things happening locally.

“It’s a lot about Evanston, which, in previous years, I don’t think it has been as much,” says senior cast member Julia Mates. Most of the changes in content in this year’s YAMO are thanks to head writers senior Jayme Coveliers, and junior Graham Byrne. They are seeking to make YAMO more relatable than ever.

Not all of the additions are in the script. “We have a lot of special effects planned for this year,” says senior General Director Ryan Foreman. “All of it will heighten the acting and the jokes, especially because some jokes are based around specific stage cues.” For this year’s show, the whole set was designed from the ground up by the stage crew, which is headed by senior Fiona Hessert. It is a site to see for any devoted YAMO fan.