Hockey faces New Trier in order to advance to next stage 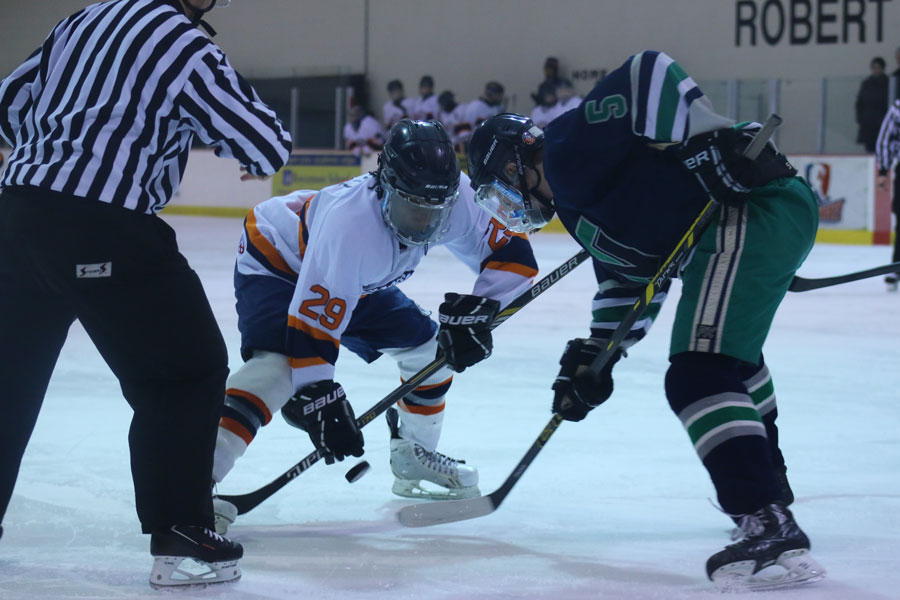 Boys hockey has been having an amazing year, but New Trier could cut it short.

“We just have to maintain focus at practice and especially in the game,” said junior Nick Lydon, “the objective is to not forget what we are playing for, state finals.”

The boys will take on New Trier March 2, giving them one week to prepare for the season’s biggest game.

“Regular season doesn’t matter anymore,” said junior Robert James. “It’s like we are starting off fresh again. This game is going to be the toughest, most mentally and emotionally challenge game we will play this season,” said James.

New Trier is the number one ranked team in the state and the defending state champion. The Kits will have to battle against New Trier’s Jack Dolby, Brad Glass, John Heal, Jack Junge, Brent Segvich, and Graham Soman, all of whom went all state this year.

“They’ve lost to teams that we’ve beaten before so they’re not unbeatable,” said James.

As the team progresses through the first stages of the playoffs, the team leans on its top players to lead them. Players like senior captain Brandon Hilliard, who has scored 18 goals and 5 assists this season so far.

“I have to clear my mind before every game and just think of going out there and playing like there’s no tomorrow,” said Hillard. “I just have to maintain my focus throughout these games.”

“Those guys have to go out there, dangle some benders and snipe tenders.” said Lydon.

The boys finished off the regular season with an overall record of 23 wins, 11 losses and seven ties. Scoring 111 goals this season and only letting 76 goal in. Making a big improvement from last year where they only won 12 games, lost 15 and tied 4 times.