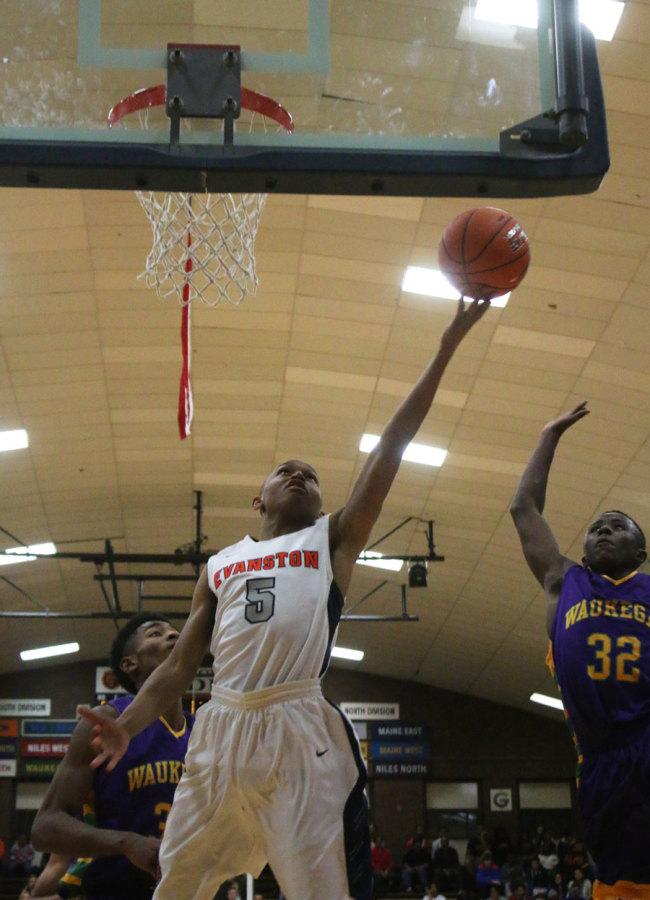 As time expired one week ago, the Kits held their breath as a last second shot from the Niles North point guard bounced off the rim and out of play.  The team won the CSL South with a 46-44 win over the wolves.

This year was the first in just over six years that the Kits have won the CSL South, but another task looms large as the team begins the postseason.  The team will be competing in the first round with teams like Maine South, Loyola, and Stevenson which is the number one team in the state.

The Kits now not only boast a 16-7 record, but also a number one seeding going into their first playoff game against Loyola on Mar. 2.

Last year when the team played the Ramblers, they lost by a measly margin of eight points.  The Kits hope with the leadership and example of some key players they will beat Loyola.

The Kits will look to senior center Elijah Henry and sophomore guard Nojel Eastern to really step up, players who have been consistently producing double double’s every night.

“Although it is pretty hard to identify, Elijah and Nojel are obviously some player that we hope will have big games when the playoffs begin,” explained Ellis.

Eastern, a player who dropped 32 points in a recent game against Riverside Brookfield high school.

The team now has begun to focus more on their playoff campaign.  Knowing that many of the teams they will be facing in the first regional round of the playoffs will be serious contenders.  Teams like Loyal who beat the Kits on Feb. 7, Maine South who beat the Kits on Dec. 19, and Stevenson a team that will most likely be ranked first or second in state.

While it seems that the odds are stacked against the Kits, there is one silver lining, the Kits will host this year’s Regional round.

“I’m excited about the fact we are hosting,” said Ellis.  “We have to be careful though,” he continued.

At the end of the 2011 regular season the Kits to a surprising lose in the first round, when they were hosting regionals, to Schaumburg high school.  The Kits are looking forward to the playoffs but also know what kinds of challenges they will face.