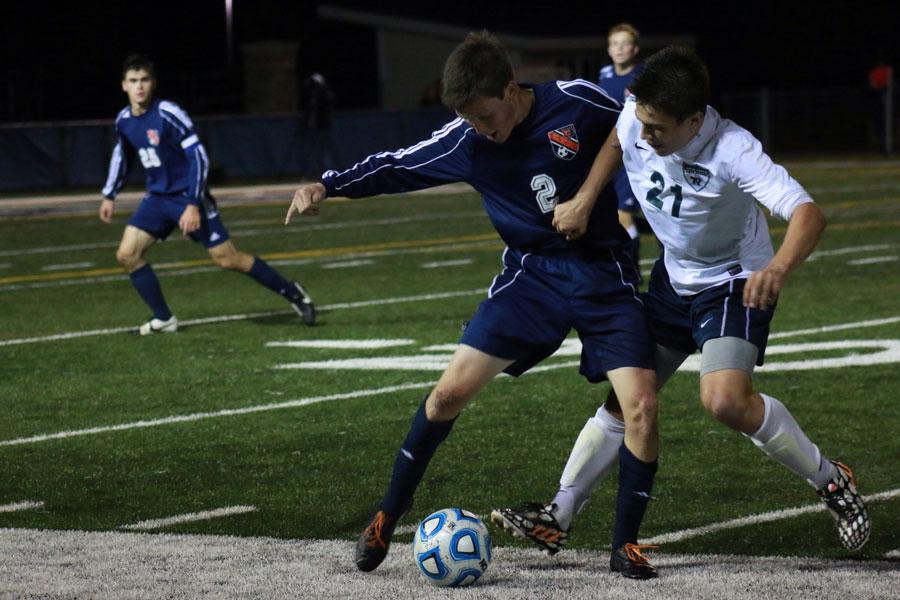 Boys soccer has faced tough competition in their conference, but hosting regionals should provide a great boost of confidence.

Looking forward to the postseason, the team has two more games before their 2014 season is over.

“We knew conference this year would be a challenge and we prepared for it,” said Franz Calixte, head coach.

The Kits were seeded at second in the CSL south for the playoffs. In addition to their current record of 10-2-2 putting them at a high seed, they will host regionals, which will allow for hometown support.

“It’s always important to finish the season strong and go into the postseason with a win,” said Calixte. “We will just keep playing the way we have been playing, and the rest will take care of itself.”

The Kits have had great success over the course of the regular season, stemming from the players making opportunities for themselves and for their teammates. Going into their final game against Warren on Oct. 14, the Kits know they will have to continue doing this.

“I really feel we can beat Warren,” said Calixte. “We have the weapons to do it, and our team is very deep.”

Last year the team’s “Bench Mob” helped contribute to the team’s success, accounting for a healthy portion of the teams total team goals.

When the playoffs finally begin on the Oct. 21, the team will not only look to the captains or to the star player, but will look to everybody to make plays in order to repeat the success of last year.

“Every year somebody always steps up in the playoffs to help out the team,” said Calixte. “I have no doubt it will happen again.”

Boys soccer had won eight games in a row, but even after a great performance, the Kits lost their game to conference foes Waukegan on Sept. 23. The Kits played hard the entire time, and even though they let in two goals early in the game, the team never gave up, so much so that in the ending moments of the game they hit the post twice.

“We controlled the game,” said Calixte. “They only shot a total of four times, but the game of soccer can be cruel.”