Kits fall to Hawks in OT 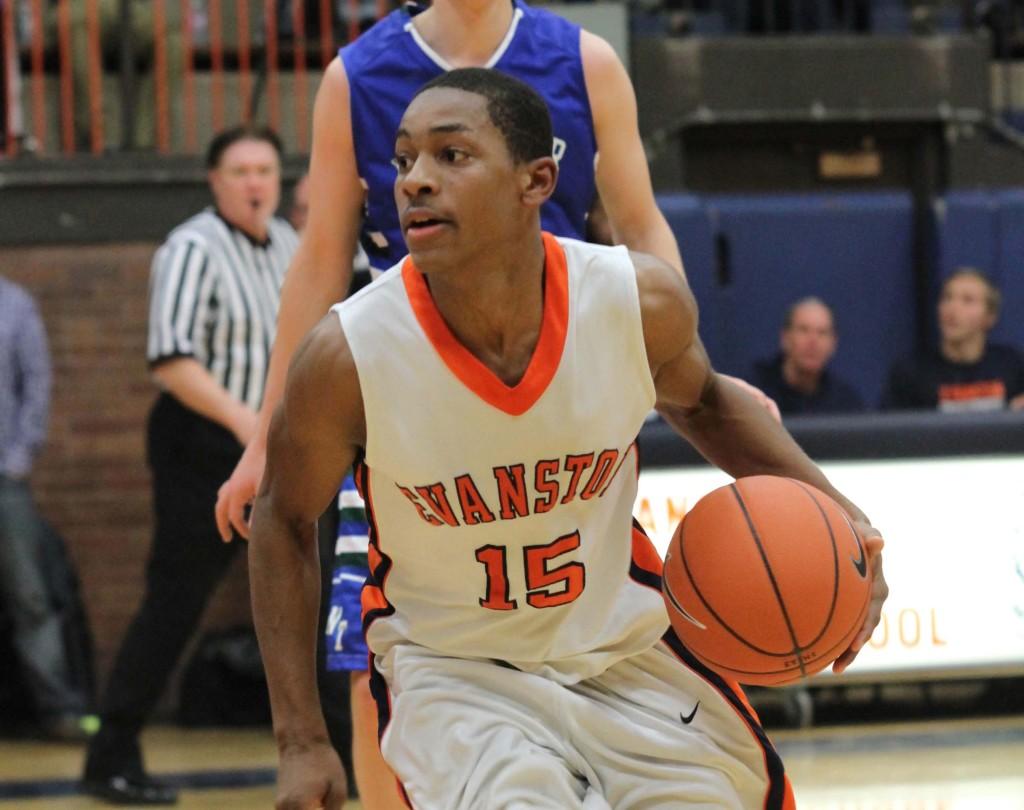 Junior Will Jones dribbles against a New Trier player.

Despite a valiant effort, the boys basketball team fell to CSL South champion and frequent foe Maine South last night in Park Ridge. Despite trailing only 26-22 at half, the Kits found themselves down 53-43 with two minutes left in the fourth quarter. The Kits would not die, however, as they clawed all the way back on clutch the three-point shooting of Will Jones and Nibra White, who tied the game on a three-pointer with 12 seconds left in the game following a Hawks turnover. The teams headed into overtime deadlocked at 57. But Maine South finished off the Kits for good in the extra period, combining excellent defensive play with savvy awareness and cold-blooded free-throw shooting to bring the Kits’ stellar season to an end.
Maine South star junior big man George Sargeant once agin lead the way for the Hawks, pouring in 22 points, 20 of which came in the second half. The Kits were lead by an inspired Will Jones, who scored 21 points and added 11 rebounds and 7 assists. Freshman point guard Nojel Eastern scored 17 points in his first game since suffering a knee injury in January, and senior Marcus Johnson added 12 points as well.
It was always going to be a tough ask against the conference-champion Hawks, but the Kits gave everything they had, something they have done over and over again throughout the course of this season. With a final record of 21-9 and a regional championship under their belt, this team leaves behind quite a legacy.
It was an unforgettable season, one that players, coaches, and fans will surely remember for years to come.