Kits ready to stomp the Warriors 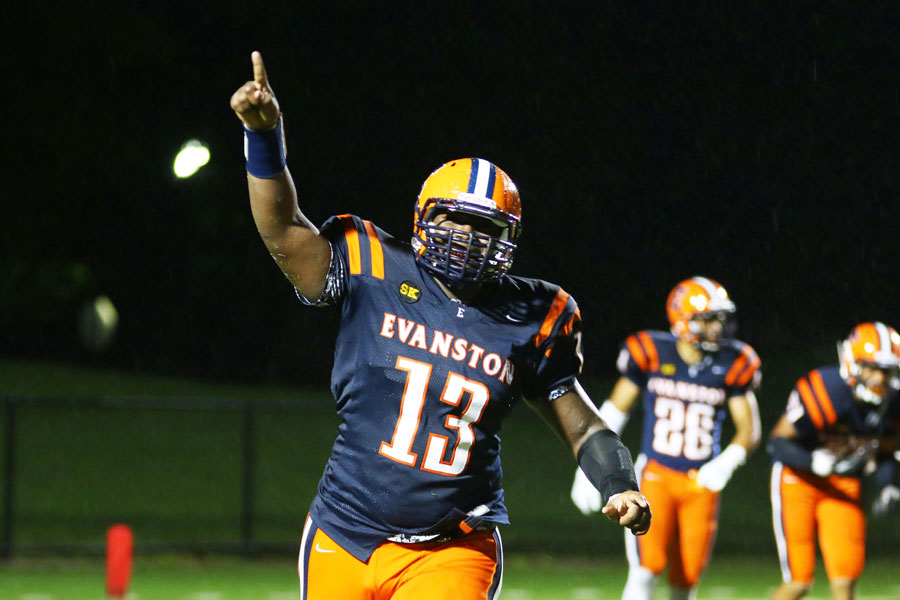 The Kits should be ready to face Maine West tonight even though they have had their struggles on the road.

After the pounding West got last year from Evanston, outscoring them by 21, they expect a similar result this year. They look to regain their confidence after beating a powerhouse Crete-Monee team but then taking a step backwards against Highland Park last week losing 24-7 on Lazier field.
But an issue still on the players minds in the death of beloved coach Steve King this summer.

“The goal is not to only win and make the community proud but to give coach King’s family the best three hours of football they can get out of us,” said senior fullback Roger Bowen.

He served as Evanston’s defensive coordinator and assistant coach. “The strength of the wolf is the pack,” is a king inspired quote printed on the back of this years camouflage dri-fit football t-shirts.

“Losing the leader of the wolf pack has brought us together and made us stronger,” said senior center Marty Leoni. The players’ love and appreciation for everything he did for them runs deep in their veins.

“Steve was my right hand man from the day I accepted the position here at ETHS, said head coach Burzawa. He later stated, “our number one goal this year is very simple and that’s to honor coach King with a perfect effort on and off the field.”

Coach King would be proud to how the Kits’ defense performed against the extremely athletic Proviso West and Crete-Monee programs, halting them at 20 combined points in the first two weeks, especially after losing all 11 starters on defense.

It was a storybook ending to have the game winning touchdown against Crete-Monee be a defensive fumble recovery my junior lineman Jalen Jenkins on a night dedicated to coach King and his family.

The team will be matched up against a similar West team with not much varsity experience and a new head coach. They will certainly be hungry for a win after a bad loss to Waukegan 47-0 last week.

For junior running back Travion Banks the problem and solution are simple. “We came out with the butterflies… we need to be more physical.”