Sheeran changes the meaning of live music in Chicago 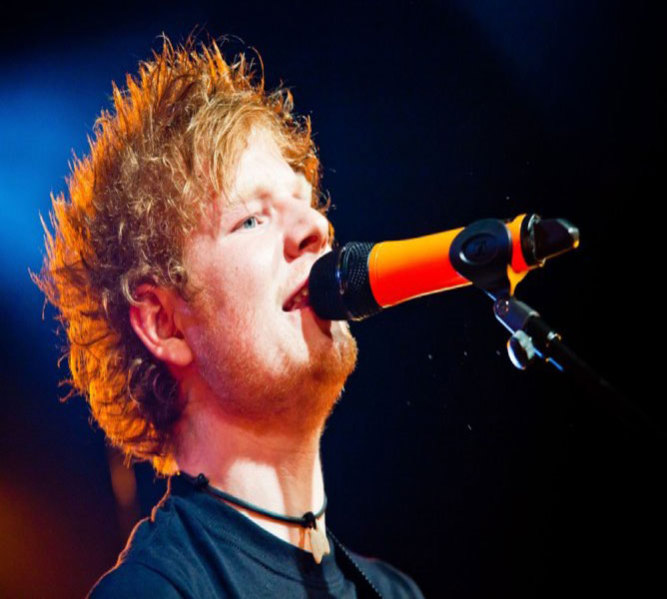 While most artists come to a live performance equipped with backup singers and a full band, Ed Sheeran graced the stage at Allstate Arena on Sept. 16 with a loop pedal, a guitar and a microphone.

I’ve been to a lot of concerts recently of ranging styles of music. It would not be an exaggeration to say that Ed Sheeran’s concert has a vibe that makes it superior to any other concert I’ve ever attended. His simplicity is just one aspect of the performance that takes my breath away.

He has the power to silence a room full of screaming teenage girls and bring the audience to tears with his voice. Throughout the concert he had the ability to switch his sound instantly, from loud rap songs to slow, soulful ballads.

The 23 year old British singer songwriter is still basking in the success of his latest album “X,” pronounced “multiply,” finishing off his American tour and soon going on to Europe.

Throughout the show, Sheeran played hit songs “Don’t,” “Sing,” and “Give Me Love.” However, he gave the audience in Chicago a special performance, playing “All of the Stars” and “Nina,” two songs that he doesn’t play on his tour regularly.

The energy and charisma displayed at this concert was unlike anything I’ve witnessed at a live performance. During the concert, before beginning his next song, he said to the audience, “Let’s lose our voices together.”

While I wasn’t in the splash zone of the venue, I continuously felt that the big arena was much smaller than it actually was. Sheeran has the ability to make even the biggest venue feel like a private concert.

I attended a concert of Ed Sheeran’s in December of 2012 at the Chicago Theatre, where he was the opening act for two others. He played for about 30 minutes and he sounded fantastic. However, being able to see the growth of his talent and range was an invaluable experience.

Listening to any one song that Ed Sheeran sings or covers will turn any kind of person into a fan of his. However, it is his live performances that set him apart from others of his generation.