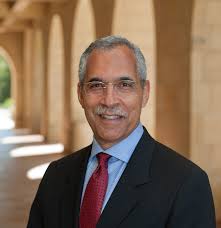 If you’re a White high school student, you are more likely to get a high score on the ACT exam than your Black, Latino, or Asian counterparts.

To address this educational phenomena, and other racial achievement gaps and gender achievement gaps, award-winning social psychologist and author Claude M. Steele will be speaking on Dec. 8 at 7 p.m in the auditorium.

Steele is the author of the book Whistling Vivaldi: How Stereotypes Affect Us and What We Can Do.  The book examines how stereotypes can actually influence performance and behavior, especially in schools. “All of the staff members of ETHS got copies of his book,” commented Principal Marcus Campbell.

Steele’s book specifically looks at stereotype threat, which is the risk of confirming negative stereotypes about an individual’s racial, ethnic, gender, or cultural group. The ACT asks students to identify their race before the test, and Steele argues in his book that this is why Black, Latino, and Asian students may have lower scores than White students.

Sophomore Sam Blustein was disappointed and surprised to learn of this phenomena. “Students of color shouldn’t be affected in a negative way before they even take the test,” Blustein stated.

Junior Gabi Gomez agreed. “Black, Latino, and Asian students shouldn’t have to deal with the stress of stereotypes while taking the ACT.”

The decision to invite Steele comes after a series of school-wide events including the Black Male Summit and the “Race: Are We So Different?” exhibit at the Holocaust Museum in Skokie.   “The staff has been talking a lot about race at school,” explained Campbell. “We’ve been using lots of materials to talk about race but we thought that we would use a book that kind of gets to that but also gets to other issues that students and staff deal with at ETHS.”

Gomez is looking forward to having a conversation about stereotype threat as it relates to the ACT and other achievement gaps, and also in regards to the effects of stereotype threat on women in challenging math courses

After Steele’s speech, audience members will have a chance to break out into small discussions planned by the volunteer organization Family Action Network (FAN).

“This is a real community conversation,” said Campbell, adding that 800 to 1,000 are expected to attend Steele’s talk.

Hopefully, Steele’s speech will provide yet another opportunity for the Evanston community to reflect on race and its impacts in our society. “I think that it’s good to educate people about race and keep the conversation going so that people won’t be afraid to talk about it,” explained Gomez. “There’s always more to talk about on the topic of race.”