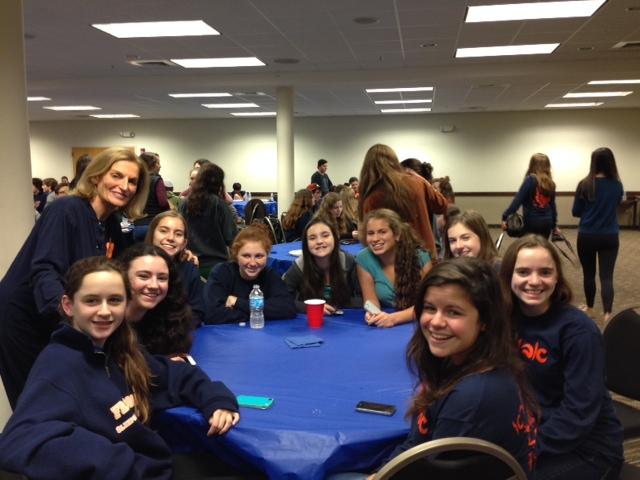 Israeli Club gathers to discuss celebration of the Festival of Lights

In order for students to have fun while learning about Israeli culture, a festival of lights will take place on Dec 17 in A241.

“We want to introduce Israeli culture, while the students have fun and are exposed to different customs,” said Hebrew teacher and Israeli club sponsor, Semadar Siegel.

The festival is a tradition and holiday designed stations will be spread around the room. Stations include playing dreidel, making a menorah and candles, and learning Hanukkah songs.

“Students come in and can spend 10 minutes on each station,” said Siegel. “It’s almost like a fair.”

Potato pancakes, apple sauce and jelly filled donuts will be served to students who attend.

“The festival Israeli Club throws is really fun and interactive. It gets a lot of kids involved who wouldn’t normally be interested in Israeli culture,” said Ella Lambert, junior.

The club makes a distinct separations between culture and religion.

“There will be no prayers, only culture and fun,” added Siegel. “That’s the nice thing about Israeli club. Students bring their friends whether they are Jewish or not and just learn about culture.”

The presidents will run the stations and take over the event. About 120 students attended the event last year.

“I love the planning because everyone is involved,” said Siegel. “We couldn’t run the club without all the presidents.”

Israeli Club has a lot of presidents who help plan events and organize meetings.

“It’s always the best Israeli Club meeting of the years. said Ben Good, junior. “I am looking forward to seeing many new faces the this years event.”

The Booster Club helped out last year and hopefully will help out this year as well. Israeli club has a year cycle and does the same activities every year that the students enjoy.

“We want to share our beautiful holiday and it will be the second night of Hanukkah,” added Siegel