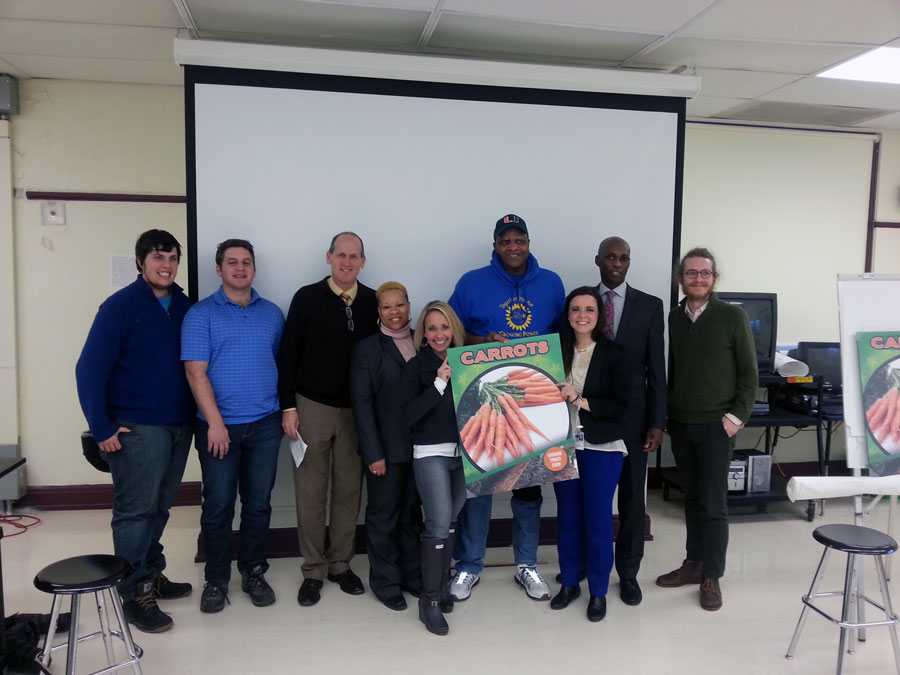 “Mystery Meat” is no longer a mystery.

Thanks to FarmLogix and Directors of Nutrition Kim Minestra and Jordan Ryan, Evanston students will know exactly where their food is coming from.

“The difference between buying local produce and buying local produce from FarmLogix is that when you buy local produce, all you know is that it’s from somewhere in the midwest,” said Alison Chiaro, director of School Sales and Support. “We can tell you that the carrot was grown by Growing Power, a farm in Milwaukee, and that Will Allen is the farmer,” Chiaro added.

FarmLogix is a company started by Linda Mallers, mother of sophomore Maeve Mallers. She started the company in May of 2012 by buying products from small farms, boxing them, and selling them to friends and neighbors.

“We move more food from farms into schools than any company in the US,” said Mallers. “We were one of the 10 winners of the Chicago Innovation Awards out of 600 nominated companies, which has allowed us to introduce our company to the mayor and governor,” she added. “We are the Farm To School solution for Chicago Public Schools. We moved 36,000 pounds of carrots from one farm to 600,000 students in one day, a USDA record.”

Along with transporting produce and other farm foods, Farmlogix wants to educate students on where their food comes from and what they’re eating. They stress the importance of having relationships with the farms.

“All the food we eat today has at least some products that originally came from a farm, even potato chips.  But in our fast food world we often forget this,” Mallers added.

According to Mallers, a lot of fast food restaurants get their products from other countries, like China and Mexico. Even most of the food that we buy comes from places like California. Fruits and vegetables often don’t get to the stores until two weeks after they’re picked; by then they’ve lost a lot of their nutritional value.