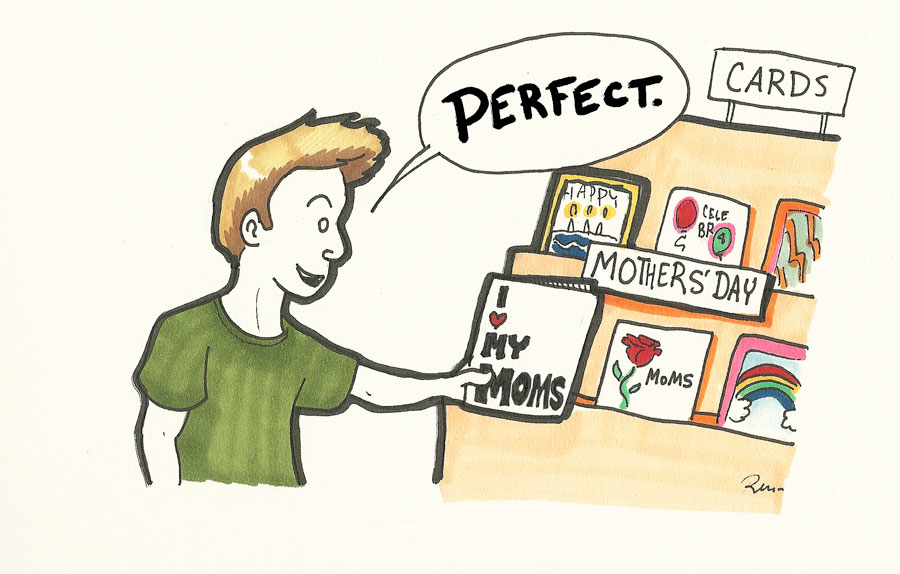 There are 255 households with same-sex parents in Evanston, according to the U.S. Census.

One of these is the Chuckas family. As lesbian mothers raising children, they have faced heavy discrimination. Despite these difficulties, they, and others like them across the nation, have created a positive family identity in a culture where they are told that their lifestyle is ‘wrong’.

“A lot of people feel like you can’t have a ‘real’ family without a mom and a dad, but our family is no different from anybody else’s,” said Beth Chuckas*, one of the parents.

This type of thinking is common in today’s culture, as people often react based upon stigmas associated with gay parent families. These stereotypes have been embedded in our society, and ultimately reinforce discrimination against gay fathers and lesbian mothers. Same-sex couples may face not just verbal abuse, but also violent actions against themselves and their families.

“When we first moved to Evanston our cars and garage were spray-painted with all sorts of awful messages, like death threats and threats against our children,” says Beth.

Many of the stigmas associated with a same-sex couple raising children stem from the idea that being brought up in a gay household will ‘damage’ them in some way, either physically or mentally.

“Some people think that I’ll be gay when I grow up, or that my brothers will be gay,” says Sade Chuckas, junior. “They think that being gay will rub off on us, which isn’t true.”

Research consistently shows that children with gay parents are healthy and well-adjusted. According to a joint study done by Dawn Braithwaite, professor at University of Nebraska-Lincoln, and Diana Breshears, researcher at University of Pretoria, the negativity that children with gay parents often experience is not the result of having two moms or two dads. Instead, it’s cultural stigmas that cause problems.

“I wish people would stop viewing my family as different. We have the same issues as anybody else, we live in the same community, we eat the same food and shop at the same stores,” says Sade. “We may look different but we’re a family like any other.”

Defying harsh stereotypes and discrimination, gay parents across America have built loving homes for their children.

“My family is awesome; we’re all different but my moms have always been very encouraging towards whatever we wanted to do,” says Sade.

“The only difference between my family and ‘normal’ families is that neither parent has a deep voice,” says Beth. “A family doesn’t have to be based on biology, but on mutual love and respect.”

*Name has been changed at family’s request.