More than a sub Brownstein’s life outside of ETHS 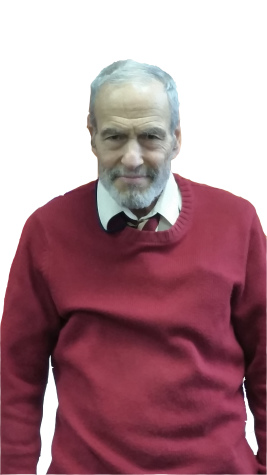 Chances are, if you’ve had a substitute teacher at some point during your ETHS career, you’ve walked into a classroom and met Bill Brownstein. The current sub taught for 36 ½ years before coming to ETHS in 2000.

Many students who have had Mr. Brownstein may just know him as another substitute, but they may not know of the many accomplishments he’s had throughout his life.

“ETHS is the best school in the state.  The kids are terrific, and working with the kids has been very satisfying,” he says.  This is one of the reasons Brownstein came to ETHS.  “ETHS has a great total educational staff,” he adds.

Brownstein began his teaching career with the sciences, teaching biology, earth science, physical science, and general science.  However, in addition to teaching, he also coached the tennis team at Schurz High School, one year leading the school in one of its best seasons.

“There’s a plaque in the coaches office at Schurz to commemorate that one particular year,” Brownstein notes.

Brownstein has also been a highly influential teacher.  There have been many students who have choosen to go to college because of him, but he’s done even more than that.

“Outside of teaching, and indirectly, kids at Schurz have seen me running, and taken that up,” Brownstein says. “One boy I influenced has done a marathon in a different state every year, and he said he began that because of me.”  Brownstein believes that a teacher can influence students in more ways than simply academic.

While furthering his teaching career by substituting at ETHS, Brownstein also has a number of hobbies that take up his free time.  After school or on the weekends, you might find him running or exercising, as well as going to plays or concerts.

“He always has really interesting stories to tell,” says sophomore Anna Mondschean.  This makes sense as he’s had a rich teaching career over the past few decades.

In the eyes of Brownstein, the success of the student is one of the most important things.  “I would like to see all students further their education through a college, university, or some other educational avenue and become productive, honest, and contributing citizens in our society,” says Brownstein.  He adds that as a teacher, you should hope for the best for all your students.

“Always think positive,” he says, “and have a positive attitude.”