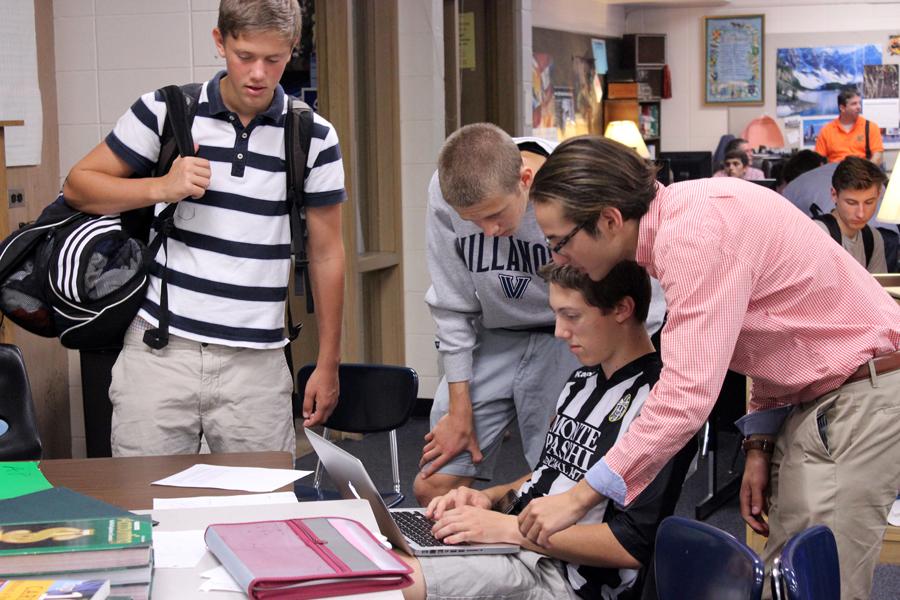 Investment and Stock Club now has over 100 members, but last year it started with just eight students.

“When I first came here, I was interested in investing, so I wanted to start an investment club,” says President Noah Silverman, senior. “I was sitting in Central Library and heard some kids talking about an investment club and I was like wait, we have one?”

This club has added about 80 students from the end of last year to now. They spread the word using Facebook, Twitter, activities fairs, and also by pure communication. “It was mostly by word of mouth. I think people got really interested because their friends were doing it and so they wanted to do it as well,” says junior Jorie Minsky.

The investing world may be a white male world, but the Investing and Stock Club has a variety of people and races, all from a wide variety of friend groups. Around 40 out of 119 people in the club are freshmen, and there are about 25 girls.

Many speakers travel to speak to this club, including but not limited to billionaire J.B. Pritzker, who is coming in December. Pritzker is coming to speak to the ETHS students about being next in line in the world of business and about how he became a billionaire.

More past speakers that have either already come or are coming this fall include Steve Rogers, a Harvard professor of Entrepreneurial Finance, and Gordon Segal, the co-founder and former CEO of Crate&Barrel.

Investment and Stock Club started four years ago with a small group of friends who just got together to talk about stocks. The founders of the club include Connor Siegel and Edmund Post.

According to ABC News, Stein Roe Mutual Funds claims that 19 percent of children in grades eight through 12 own stocks and bonds. While many students at ETHS choose not to invest themselves, many are getting involved in investing early by joining this club and learning how to buy, trade and sell stocks.

Investment and Stock Club is not only a fun club to participate in because it attracts great speakers, but it also because it teaches skills that many Americans use daily.