Be ready to laugh, because the

Royal We improv group promises to be funnier than ever. Catch their performances tonight.

“Last time we hosted Royal We I think we had at least 50 students over at Curt’s,” says Lori Dube, director of community relations for Curt’s Café. Curt’s serves food and drinks as well as providing a stage for Royal We and other local performers.

“It’s pretty nerve-wracking to perform in front of an audience,” says Lanie Lott, a sophomore in Royal We.

Senior Christine Covode agrees that improv is “a really scary test of your ability to listen to your group members and be witty.”  The performers’ sense of community is what ensures they don’t get too rattled.

“The ensemble is like having a net behind you, they are always going to be there to catch you if you fall,” Covode says.

The members of Royal We have recently developed set partners so that there will always be someone there to back them up on even their craziest ideas, like “weird voices and accents, Russel Brand impressions, and ridiculous names for characters,” according to Covode.

“Most of the time we look pretty stupid,” says Lott. Their insanity works.

“Royal We brings new custumers to Curt’s,” says Dube. “I think there are a lot of students who love Royal We.”

Matt Chappelle, director of RoyalWe, explains that not only does the group supply entertainment, they also do it for a good cause.

“The fact that 100 percent of the proceeds raised entirely by students goes to charity is pretty neat,” Chappelle says. Royal We donates to a different organization every performance, like the community service organization “Amigos De Las Americas.”

Chappelle also explains that “we hope to start playing more games during shows, and get more of a rapport going with our audience.” Head on over to Curt’s new south location at 1813 Dempster, support a good cause, enjoy some hilarious ETHS students and be ready to participate. 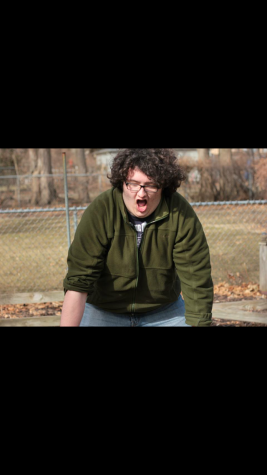