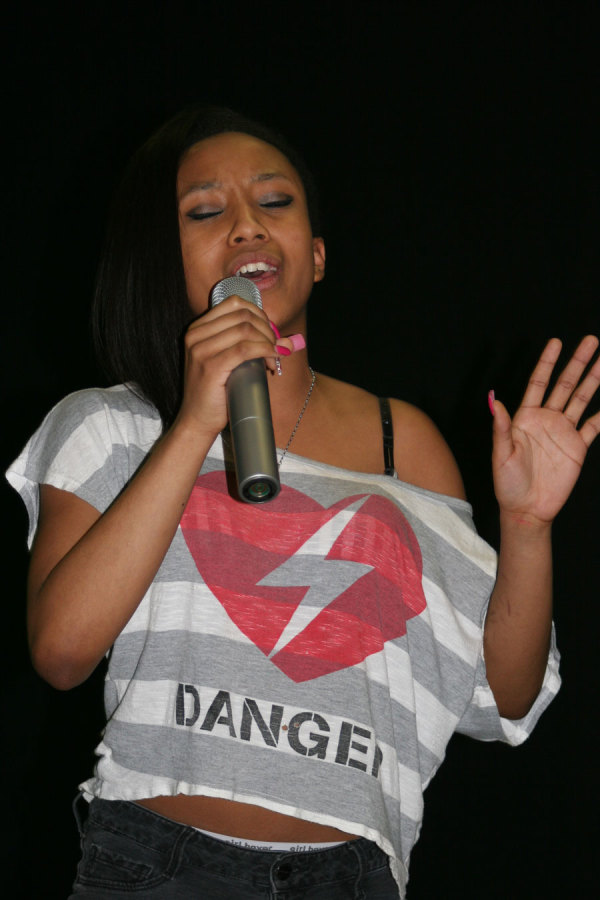 Clear your calendar and get out your dancing shoes. Five-dollar tickets are now on sale for the ninth annual E-Town Idol, held in the auditorium March 20 from 6:30-9 pm.

“The E-Squad step team is performing, and we’ll have an act by Mr. Campbell and some other teachers,” said Kiwana Brown, English teacher and E-Town Idol sponsor.

Selected performers have the opportunity to win cash prizes. “There are prizes for each category based on tickets sales. One winner from each category wins the Grand Prize, which can be anywhere from $75-$125,” said Brown.

Sophomore Eric Greenfield sang last year and auditioned for the competition this year with an a cappella/acoustic version of Beyonce’s I Was Here with junior Caro Granner.

“We chose to perform because we both love to sing, perform, and we both love Beyonce. We also wanted the experience of performing for the school, which we hope we can.”

Selected competitors appear in front of 300 to 500 guests, so the audition process is thorough.

“Students have to fill out the application or go on the website and fill out the form there,” Brown explained. “An email or text message informs them of their audition date and at that time they come in and perform for roughly 30 seconds to a minute.”

Sophomore Hailey Taylor was daunted by the audition process last year, but overcame her fear this year. “I wanted to try something new and stop playing it safe like I usually do, and try something for a change,” Taylor stated. “I was a little nervous but I became more excited because I knew I was going to do my best.” This year, Taylor auditioned with a mashup of Am I Wrong by Nico and Vinz and Maps by Maroon 5.

Still, the audience plays in a big role in selecting the final winners. Audience appeal, along with stage presence and poise, quality of voice or dance, and originality are criteria for the performers.

“It’s a great show!” said Brown. “I want everyone to come out and experience it.”