The best musicians at ETHS to play in honors recital 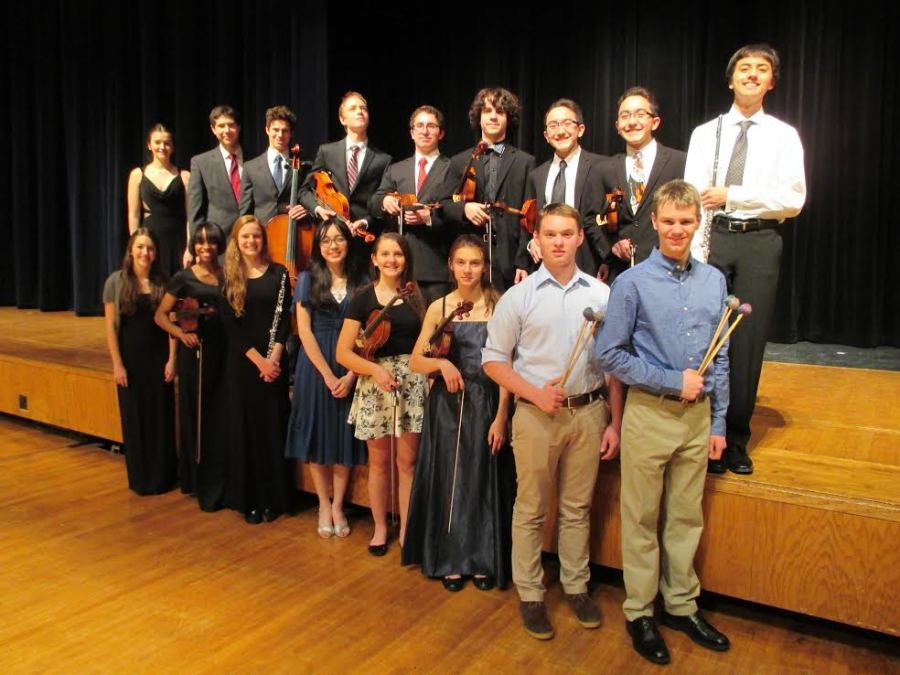 Performers of the 2013 Honors Recital

Performers that will be taking the stage this January know all about them both. The Music Dept. is putting on its twenty-first annual Honors Recital, where the school’s best solo musicians will show their talents. The recital is Jan. 28 at 7 p.m. in the auditorium.

The musicians’ success doesn’t come without a cost. “They have practiced literally years for this,” says Abplanalp. He explains that out of all the students in every section of the Music Dept., only three students are chosen from each grade after competitive auditions.

“Many pay high level professional accompanists to accompany them as part of the audition,” says Abplanalp. He explains that picking performers is like splitting hairs; because so many of them are talented, the effort put into the audition only increases if you are selected.

Junior Annie Kelley says she has been practicing since September. She will be singing two songs including The Jewel Song in French, which she explains as “very dramatic, the singer is quite conceited.” Kelley says the hardest part is “learning your stuff down cold. There are a lot of aspects to get in control and it can be stressful.”

Even though the young musicians work so hard, the Honors Recital has low attendance compared to other performances. “Because there’s 15 kids performing if each of them brings two parents two friends one grandparent the audience for this will be way less than 200 people,” says Abplanalp. “And these are performers that are amazing, many of them planning to go on into professional music careers.”

And they do. Past performers at the Honors Recital have gone on to Colburn, Easton School of Music, or University of Indiana, some of the most prestigious music institutes in the country. One student, Ethan Bensdorf, who graduated in 2003, now plays the trumpet with The New York Philharmonic.

Abplanalp says “I think that the over-arching thing is that we have such incredible talent at ETHS and it’s often gone unsung,” the Honors Recital gives our community a chance to recognize and appreciate these musicians.